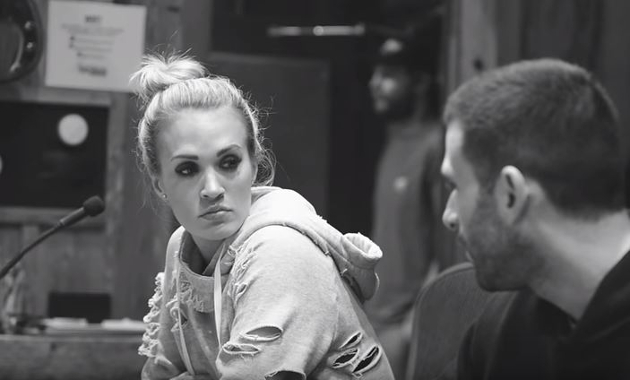 There are fundamental, underlying reasons why women have so disappeared from mainstream country recently, and it doesn’t just boil down to simple sexism or the market saying they don’t want to hear women, and the solution isn’t just to “play more women dammit!” One of the fundamental issues plaguing mainstream country is the lack of women in positions where they choose the what, the how, and the who that ultimately goes into building the musical makeup of the mainstream. Though this is a bigger issue when it comes to record label executives and decision makers at radio corporations such as Cumulus and iHeartMedia, it’s also present behind the mixing boards of country music’s studios.

Music production has always been a mostly male dominated occupation, but there has always been at least a little participation from women, even if it was just the artists themselves getting a greater say so in the studio. But recently, women producers have virtually evaporated in country music, and beyond.

That is why it was so groundbreaking when Taylor Swift released her 2010 album Speak Now. Forget about how country it was or wasn’t for a moment, and just focus on the fact that a 19 and 20-years-old Taylor Swift wrote an entire record by herself, and co-produced it with her long-time producer Nathan Chapman. At the time, allowing anyone in country to write all of their own material, let alone co-produce a record, especially a young woman, and especially at 20-years-old, was unprecedented, and incredibly ambitious. Quibble about the quality or results all you want, but the underlying approach was groundbreaking in any genre.

Fast forward to 2012 and Taylor Swift’s album Red. This was the first instance where we saw a country label (Big Machine) bring in big pop producers—in this case Max Martin and Shellback—and not only to give them free reign in the production room, but they somehow got to walk away with songwriter credits for the songs they produced, which is an established practice of the pop and hip-hop world. Country music’s top female at the time went from full control, to now relinquishing songwriting credits to producers simply for their participation. 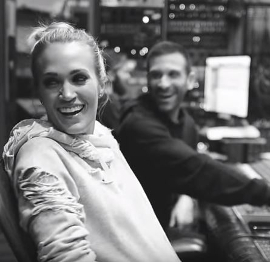 Since then, it has become difficult to impossible to find a female at the reigns of album production in mainstream country music, and often, the new crop of male producers migrating to country walk away with songwriter credits. We saw that as part of Kacey Musgrave’s recent release Golden Hour, where producers Daniel Tashian and Ian Fitchuck received songwriters credits on every track except the songs Musgraves co-wrote with others.

On the positive side, Kacey Musgraves is listed as producer on Golden Hour as well. Maren Morris also co-produced most of her debut album Hero. But about the only mainstream country record in recent memory where a woman was involved in the production and did not perform was Raelynn’s 2017 Wildhorse. Well-known songwriter Nicolle Galyon was a co-producer on the project.

This all brings us to the announcement this week of Carrie Underwood’s new album Cry Pretty, which is scheduled to be released on September 14th. Carrie Underwood co-produced the entire record with David Garcia, who she also worked with as a writer for the record. This takes Carrie Underwood—a top tier country performer—into virtually uncharted territory in the mainstream, at least in the near term.

Carrie Underwood is a pop country star that originated on American Idol. When you think of overproduction and heavy label influence in the creative process, you think of Carrie Underwood. She’s not a songwriter in the traditional sense, though she has contributed to the songwriting on her records over the years. And she certainly wasn’t previously considered a producer. But here she is, taking a commanding role in her new record, for better or worse. We’ll just have to see the results come September.

And let’s not gloss over the very important note that Cry Pretty will be Carrie Underwood’s first record since switching from Sony Nashville over to the Universal Music Group. After years of making the music others wanted Carrie Underwood to make, now she has a restructured contract that puts her firmly in the driver’s seat. This record was made in an actual studio, with an actual band playing real instruments, which in 2018 is audacious in itself.

This is a step in the right direction, as opposed to the wrong one of allowing producers to call all of the shots. This move by Carrie Underwood is incredibly audacious for country, mainstream or otherwise, from a man or a woman. At a time when leadership is needed, especially from the artist ranks, Carrie Underwood has unexpectedly stepped up to insist that she has earned the ability to call her own shots. This could have large ramifications for country music in the years to come as more artists insist on this opportunity, and more individuality enters the market as opposed to what producers and businessmen decree from on high.