Why The CMA’s Should Consider Adding “Traditional” Categories 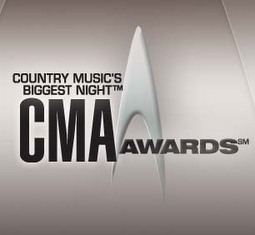 It has become patently obvious, especially over the last few years, that country music exists in two completely different worlds. One is the traditional world, where the way country music sounds is in close proximity to the way it has always sounded. And the other is Top 40 or mainstream country, which in the last few years has become the home for a hodgepodge of musical influences that can range from stuff that sort of sounds like traditional country, to rock, EDM, pop, and hip-hop, and really any music made by predominately white American mainstream artists. In other words, mainstream country has become a catch-all term similar to how “rock” defined mainstream music for the better part of 50 years before.

The struggle of traditional vs. pop has been an eternal one in country music dating back to the very formation of the genre as a commercial enterprise, and it is likely that it will never go away. But never before have we seen the two realms of country music present themselves with such contrast. The cracks that form in country music’s otherwise unified front, which tend to form and heal themselves over time, have grown into downright chasms in the last few years that could now be considered unnavigable and unfixable. So what to do?

One of the ways to solve this problem could be to stop trying to put Humpty Dumpty back together again, and instead identify traditional country and contemporary country as the two separate entities they are, that ultimately share the same history, but have very different properties and objectives in the modern world.

This is already beginning to happen within the industry itself. It is at the heart of what many consider to be the impending format split on country radio, with Cumulus Media’s NASH Icon leading the charge by putting many older country music artists back on the mainstream airwaves. In fact the format split has been so successful for NASH Icon so far, it’s hard to see how two separate radio worlds for country music won’t soon be a reality. Meanwhile we can’t forget that the other half of the NASH Icon idea is for one of the genre’s biggest labels, Big Machine Records, to have an entire label roster of older country music artists that are still very much economically viable, but have been forgotten by the rest of the industry.

That’s the thing. Even though traditional country is seen as “old,” the simple fact is traditional country fans still make up what may be as much as half of country music fandom, and these consumers have been abandoned in the recent focus on youth in the mainstream. As we have seen with NASH Icon in Nashville, when consumers are presented with a country music option that includes older music, they apparently prefer it, or at least favor it just as much.

So now that radio and other segments of the industry have stepped up to fill the gap that opened when older, more traditional country artists were abandoned, the next step should be for the Country Music Association, or CMA, to step up as well and recognize that traditional country artists and consumers are being underserved, especially when it comes to events such as CMA’s music festival during the summer, and their annual awards show presentation in November.

Maybe it would be just one or two awards to start to see how it is received—a “Traditional Artist of the Year” or “Traditional Album of the Year.” This would simply be a way to acknowledge the two realities that exist in country music in the 2010’s, and would also give traditional fans and artists something to look forward to in the presentation and a reason to tune in. If it is successful, maybe you expand it from one traditionally-distinguished award to two or three. Maybe include “Traditional Song of the Year.” And if the idea is really well-received, maybe expand it even to “Best Male” and “Best Female” in traditional categories. The presentations for these traditional awards don’t all have to be televised; again maybe just one or two of them. But similar to the idea behind the country radio split, it would be a way to re-engage the fans mainstream country has left behind recently. And as we’ve seen with radio, re-incorporating more traditional country fans isn’t robbing Peter to pay Paul, it is engaging more people overall with country music media and growing the pie.

The CMA is charged with representing and promoting all types of country music, not just the hot young artists at a given moment. And if the idea works, maybe the ACM Awards would follow suit, and the CMT Awards and new Country Countdown Awards as well.

And this may not just be beneficial for traditional country artists and the industry by creating a more widely-appealing product. Current contemporary artists may also benefit. Remember at both the CMA and ACM Awards this last round, George Strait won Entertainer of the Year when Luke Bryan’s camp for example believed Luke was the more worthy recipient. It’s debatable if Luke’s people had a legitimate beef, but if you have another award category, this gives artists who are excelling a greater chance of being recognized. It also gives a host of traditional nominees the extra exposure even if they don’t win.

And these traditional country categories shouldn’t just be considered a shoe-in for traditional country artists. Let’s say a contemporary artist decides to make a throwback, more traditionally-oriented album like Dierks Bentley did with Up On The Ridge in 2010, or Kellie Pickler did with 100 Proof in 2012. Then they could hypothetically qualify for these traditional distinctions, just as a traditional country artists could still qualify for contemporary female or male vocalist awards, or Entertainer of the Year if they do enough to deserve it during the eligibility period. By having traditional awards, it may even entice mainstream artists to make more traditional-sounding records, just like the presence of “Duo of the Year” and “Group of the Year” categories has spurned its own industry of acts that try to take advantage of these televised distinctions annually. And this isn’t simply about age. Younger artists playing traditional-sounding music like Ashley Monroe or Sturgill Simpson should also be considered.

The CCMA Awards—Canada’s rough equivalent to the CMA Awards—already does something similar to this idea with their “Roots Artist of the Year” distinction. Both males and females can be nominated for the more traditional award (Corb Lund and Lindi Ortega won it over the last couple of years), and it gives that extra exposure that can really boost their career. The Grammy Awards also offer some distinctions between classic and contemporary music in certain categories.

There could be some potential drawbacks however for traditional country artists and music. Depending how any new awards are approached, the traditional categories could feel like a second place, or inferior distinction unless they were handled properly. However, just like we have seen with NASH Icon, these awards could draw just as much, if not more interest from the public as their mainstream counterparts. You would also not want to discourage traditional artists from being nominated for the contemporary awards if they deserve it, like George Strait’s recent Entertainer of the Year wins. You also have to consider the Devil’s Advocate position that by making a traditional award or awards, you could be seceding the fight that some of the stuff that they call country music deserves distinction when it really shouldn’t be called country at all. To some traditional fans, the ideal world would be to take back the awards from pop/rock/rap/R&B interlopers and make them more about traditional country across the board.

Nonetheless, it is time to recognize the new realities emerging in mainstream country music. And if the genre wants to grow, it has to figure out ways to re-engage the traditional fans radio and the industry has disenfranchised recently, especially in the last half decade. It would be prudent to start small with just one or two awards and then twist and tweak with the awards and the eligibility rules after you gauge how the idea is received.