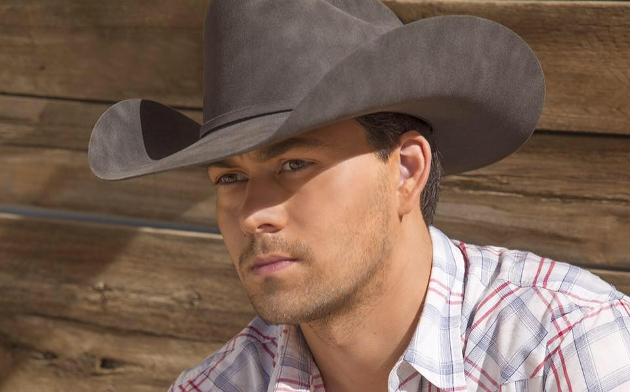 Like prospects in sports, sometimes young and talented country artists drafted to the mainstream with hopes of putting a more traditional sound back on the radio pan out, and sometimes they don’t. A couple of years ago, the talk surrounded Mo Pitney, Jon Pardi, and William Michael Morgan as the three voices in the mainstream that could help reverse course from the Bro-Country era. Of course this was before Chris Stapleton hopscotched everybody out of nowhere to become a superstar, and forced everyone to re-evaluate their thinking.

Mo Pitney is great, but we probably shouldn’t be surprised Curb Records figured out how to bungle his talent by taking too long to release his debut record, and not putting enough muscle behind him at radio. Jon Pardi is now on the brink of becoming a major star with four Top 10 singles, two #1’s and a gold record in California Sunrise. But it’s all due to some of his most pop-oriented songs, while the spectacular “She Ain’t In It” stalled at #21.

And then we have William Michael Morgan, who has sent us selling our stock, and then buying it all back again just in a matter of a couple of weeks. The first taste from his upcoming and unannounced sophomore record was a song called “Tonight Girl.” Combining the two hottest buzzwords in mainstream country for it’s title, and finding that all-too-common R&B vibe, the song wasn’t as terrible as it first seemed on the surface, but it’s definitely not the reason we’ve been rooting for the young man since he impressed with his own #1, “I Met A Girl.” “Tonight Girl” was like the sum of our fears for where Morgan may go if the dark side got to him.

And then comes “Brokenhearted.”

Just as “Tonight Girl” is not as bad as it may appear on first sniff, “Brokenhearted” may not be as good. Country songs taking jabs at Bro-Country have become about as formulaic and cliche as Bro-Country itself, especially if you’re just listing off criticisms, similar to how Bro-Country lists off rural artifacts and affirmations. But you have to re-calibrate your country music perspective when dealing with mainstream songs from major label artists. “Brokenhearted” is a mostly playful, but still a fairly pointed country music protest track, while also slathering on the authentic country instrumentation.

“Brokenhearted” bemoans the lack of sad songs in modern country, while specifically calling out certain go-to references in country songs of a sunny disposition. If nothing else, it takes guts for a guy like William Michael Morgan to release a track like this, especially as an opening salvo to a new project. Does it make him a hypocrite since in the same month he also released “Tonight Girl”? No, it makes him smart. You’re never going to have a hard country Whitey Morgan type break into the mainstream overnight, it takes artists like William Michael Morgan to lead mainstream listeners to them through songs like “Brokenhearted” that explain what country music is supposed to be, and expose what it has become.

Many people who would read some obscure website called “Saving Country Music” on a weekly basis may roll their eyes at a track like this, but to mainstream listeners, it may open their eyes to one of the major problems plaguing mainstream country music. “Brokenhearted” is also just a fun, and fairly well-written track. It’s not William Michael Morgan’s fault Bro-Country ruined how cool list songs can be. “Brokenhearted” also seems to take a jab at the cover band culture that has invaded the honky tonks on lower Broadway in Nashville in the bridge of the song.

Also, if you watch the video for “Brokenhearted,” it starts where the video for “Tonight Girl” ends, almost as if Morgan is saying, “Okay, I got the radio hit out of the way, now let me play what I want.” It appears the two tracks together are meant to convey a bigger message. Perhaps the William Michael Morgan camp anticipated some blow back for “Tonight Girl,” and built it into how “Brokenhearted” was released.

Of course the big question is which one of these two songs will be sent to radio as a legitimate single, if either of them will be. If it’s “Brokenhearted,” how will it be received? We’ve seen more traditional-style songs given a chance over the last couple of years, but they still need to prove they can succeed, or labels will be less likely to release them or put serious promotional muscle behind them.

“Brokenhearted” by William Michael Morgan is a good song. Yes, it carries its own faux pas, but Rome wasn’t conquered in a day. And if a song like “Tonight Girl” allows Morgan to record whatever he wants thereafter, including songs like “Brokenhearted,” so be it.