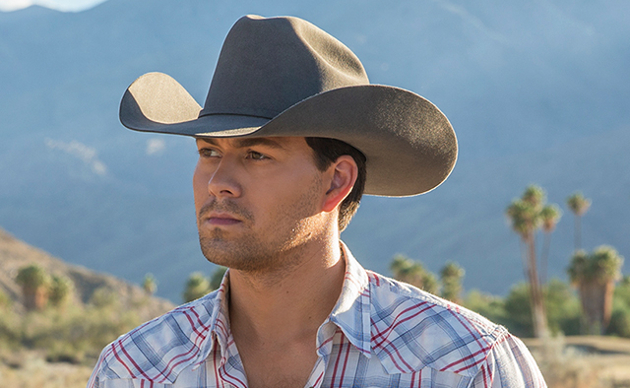 William Michael Morgan has been dropped by his label Warner Music Nashville, Saving Country Music has confirmed. The 25-year-old from Vicksburg, Mississippi had recently released a succession of five songs he said he was using to test the waters for the direction of new music for an album that is partially done, though none of them had been released as a proper single. Whatever upcoming record Morgan might be releasing in the future, it won’t be on Warner Nashville. Morgan’s departure from Warner Nashville became official last week.

A pretty staunch traditionalist in the otherwise pop-oriented mainstream of country, William Michael Morgan impressed most everyone with his debut single in 2015, “I Met a Girl.” The song peaked at #2 on the Billboard Country Airplay charts and was eventually Certified Gold. But that initial success was followed up with lukewarm commercial reception for his second single, “Missing,” which stalled at #29 on radio, and couldn’t crack the Top 40 on Billboard’s Hot Country Songs chart. His debut album Vinyl sold well initially, charting at #5 on the Billboard Country Albums chart, but also failed to find wide reception, especially without significant radio support or tour opportunities.

Ironically, the news of William Michael Morgan’s departure from Warner Music comes right as he receives one of the biggest opportunities of his career—opening for Alan Jackson on select dates. Despite the mild reception in the mainstream, Morgan is revered by many traditional country fans as a fresh face and a hope for the future for country music that includes deep storytelling, and a twangy sound.

Perhaps fans of Morgan should have seen this coming. A couple of weeks ago, the singer responded to a tweet by media outlet Taste of Country asking who would save real country music by saying in part, “I was debating whether to speak my mind or not. I decided to. I am just gonna say that the state of country music at the moment is far from salvageable. It will take real singers. With real songs to turn this around. But I’m a traditionalist.”

William Michael Morgan’s fate and frustration is common among many of country music’s more traditional country singers as pop stars and more R&B-style performers continue to invade the country music space. However these performers often find more positive reception among more traditional and independent fans, even if major labels fail to craft winning strategies behind them without radio support.

No word on William Michael Morgan’s future plans at the moment, but perhaps a major Music Row label was not the best fit for him to begin with, and a more independent label will be more suitable for Morgan moving forward.