Willie Nelson’s 1975 conceptualized album Red Headed Stranger is considered by many to be the greatest country music album of all time. The film Red Headed Stranger based off the album and released 11 years after holds a bit of a different legacy. Starring Willie Nelson, Morgan Fairchild, and Katharine Ross, it initially was meant to be a big production film with a budget of $15 million and Robert Redford playing the main character. But Redford hemmed and hawed about agreeing to the part for years, resulting in financiers getting cold feet. And after much delay and worry that the fim may never be made at all, a meager budget of $1.8 million was scraped together, and Red Headed Stranger came to life in cinematic form with no major distribution, and little fanfare.

On Saturday, July 6th, 2019, Willie Nelson hosted a rare, and special screening of the film at his private Western town about 30 miles outside of Austin called ‘Luck’ that was initially constructed during the production of the Red Headed Stranger movie. The site is the location of Willie’s annual Luck Reunion during Austin’s South By Southwest festival in the spring, and is often used for film and video productions, along with private functions such as weddings. A ramshackle of buildings that for many years was mostly mothballed and forgotten has slowly morphed into Willie Nelson’s version of Graceland.

About 400 people showed up to take in the presentation on a huge inflatable screen, and later observe a Q&A with Willie himself, along with other primary participants in the film, and visionaries for the town of Luck. Though central Texas can be a swelter in July if it’s not pouring down rain, the weather behaved, the wind was calm, and a picturesque rosetta sky gave way to a crescent moon rising over Willie Nelson’s Luck, TX chapel, making for about the perfect evening to take in a film under the Texas stars.

Watching a film in the location where it was shot, and with Willie watching along from inside his “World Headquarters” building on the premises is about as surreal as it sounds. As wide shots of the town filled the screen, you could see the same basic town layout that the audience sat among—the chapel at the end of the street, the large hill in the distance that is now adorned permanently with a “Luck” sign. It was hard to not feel extra connected with the music and the moments on the screen.

The town in the Red Headed Stranger movie was not meant to be in Texas of course. It was constructed to represent Driscoll, Montana where the film was based. It would later show up in the miniseries Lonesome Dove as Ft. Smith, Arkansas, along with making appearances in scores of other cinematic productions. With a short budget, and an unwillingness to spend it on renting someone else’s town, Luck was constructed mostly as a facade. Over time some improvements have been made, and now the World Headquarters building is a fully functioning establishment, and where Willie often spends his time when he’s off the road.

The Red Headed Stranger film has received mixed reviews over the years from those who could obtain a copy. But as far as Western’s go, there are definitely worse. Some of the early dialogue between Willie Nelson—who plays a preacher—and his wife Morgan Fairchild, lacks a bit of chemistry. But Willie Nelson’s more animated moments, and the later scenes with Katharine Ross work much better. Red Headed Stranger is a classic Western movie, and keeps you compelled with plenty of action, while an underlying story of virtue, turned to sin, then to redemption makes it more than just good guys vs. bad guys flick. The thin line between good, evil, and madness is thoughtfully expressed by the film’s writer, William D. Wittliff, who just passed away On June 9th. He was also the director and heart of the film, and also wrote Barbarosa starring Willie Nelson. The evening’s presentation was dedicated to Wittliff’s memory.

Willie’s band mates Bee Spears and Paul English also appear in Red Headed Stranger in prominent roles, and so do the tracks of the Red Headed Stranger album itself, which were met with applause by the Luck, TX crowd when they were played, as were many of the important moments with Willie Nelson in the movie. Just like his songs and albums, Willie’s presence brings a magnetism to the moments that go much beyond the simple expression of art, whether it’s music or motion. “I never looked at myself as an actor,” Willie said after the screening during the Q&A. “I react a lot. I think that’s what it’s a lot about, is reacting.”

The album Red Headed Stranger doesn’t need a reconsideration. It’s place in the annals of country is cemented. But the film Red Headed Stranger definitely deserves one as an important and compelling piece of country music and American history that never received its proper due. If nothing else, it gave birth to Luck, TX, which just like the music of Willie, will be enjoyed by generations to come, and only grow in regard as time passes, and the moments that happened there loom large over those that stroll down its humble street. 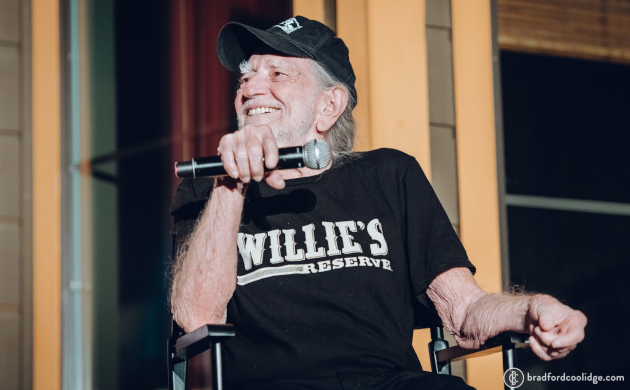 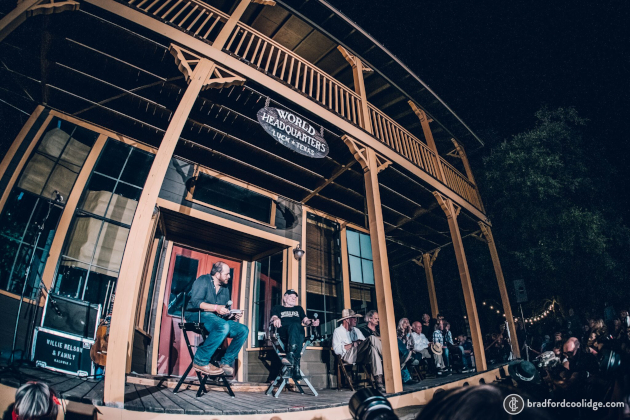 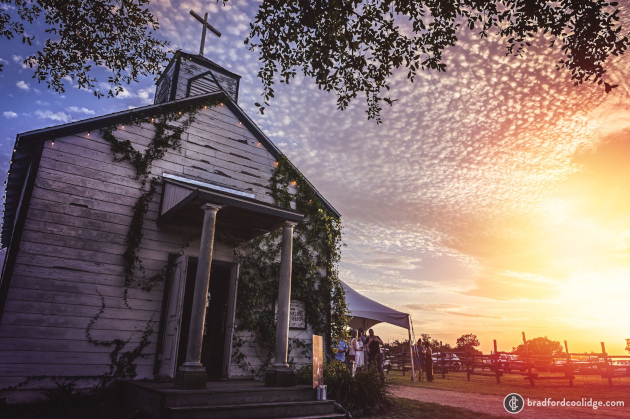 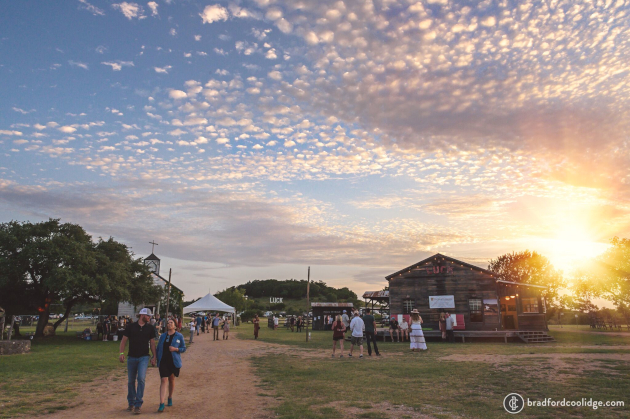