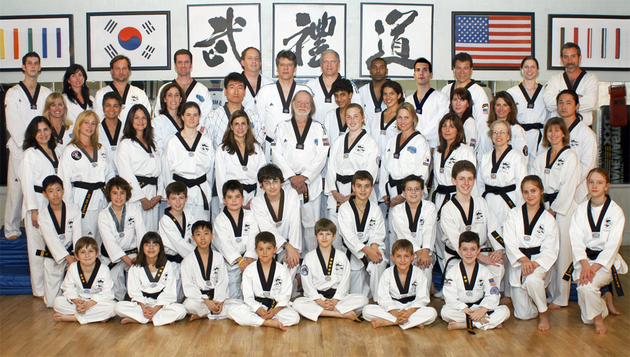 Willie Nelson might be about to turn 81-years-old and be regarded as one of the world’s most famous living pacifists, but apparently hiding behind his friend-to-all disposition and grandfatherly sweetness is a mean roundhouse kick and lethal karate chop.

You may not see Willie step into the octagon anytime soon, but apparently he’s been training for 20 years in the art of Gong Kwon Yu Sul—a modern Korean martial arts system similar to Tae Kwon Do that “emphasizes the application of striking, locking and throwing techniques in practical, free-flowing fighting situations, rather than static situations.” Willie has been training in the art so long he will be awarded his 5th degree black belt in the discipline on April 28th in Austin—the day before his 81st birthday. Grand Master Sam Um of Austin will be doing the honors at his Master Martial Arts studio as part of a promotional event.

Willie Nelson has been studying martial arts most of his life, starting in Nashville when he was a burgeoning songwriter. “I got into some martial arts and kung fu,” Willie told Men’s Health Magazine last year. “I liked it. We used to offer kung fu lessons to the kids in town. It’s good for you.” Apparently Willie trains on his famous tour bus The Honeysuckle Rose while on tour to pass the time and to stay healthy.

Speaking of tours, Willie is getting ready to embark on a landmark tour starting May 1st with Alison Krauss, Jerry Douglas, as well as select dates with Jason Isbell, Kacey Musgraves, and The Devil Makes Three.

Move over “World’s Most Interesting Man”, Willie Nelson might have you beat.