Your Chance to Own a Piece of the Buddy Emmons Estate 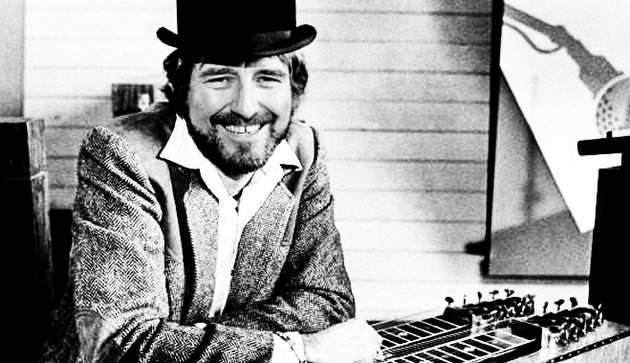 If you ever wanted to own a piece of Buddy, this weekend is your chance. The estate of country music steel guitar legend Buddy Emmons will go up for sale Friday and Saturday, July 15th and 16th at his home in the Hermitage just outside of Nashville. Though none of the specific steel guitars that made Buddy Emmons famous will be part of the sale (some of which currently reside in museums), there will be many other pieces of music equipment, as well as memorabilia and furniture for fans who would like a keepsake from the country legend.

As the Nashville Scene reports, usical scores from the estate include a vintage Fender Rhodes Mark I 73-key electric piano, a vintage Electradair single neck steel guitar, 2 Wurlitzer pianos, an old Victrola record player with records, as well as many volume and effect pedals for the steel guitar. The estate also includes various pieces of studio equipment and microphones.

Buddy Emmons died July 28th, 2015 at the age of 78. Emmons’ work with “Little” Jimmy Dickens is where he first began to be recognized at large for his steel guitar prowess, joining Jimmy’s band at the age of 18. Later Emmons played with two of the most legendary backing bands in country music: Ernest Tubb’s Texas Troubadours, and Ray Prices’ Cherokee Cowboys. During his time in the Cherokee Cowboys, Buddy rubbed elbows with future stars such as Willie Nelson and Roger Miller, and later became one of the most sought-after studio steel guitarists in the business.

Buddy Emmons not only contributed to the sound to the steel guitar, but the design and manufacture of the instrument. In 1956, Emmons joined with Shot Jackson to develop the now legendary “Sho-Bud” pedal steel guitar. Buddy eventually left the company in 1963 to start the Emmons Guitar Company.

Below is a sample of some of the other musical and audio equipment in the sale: