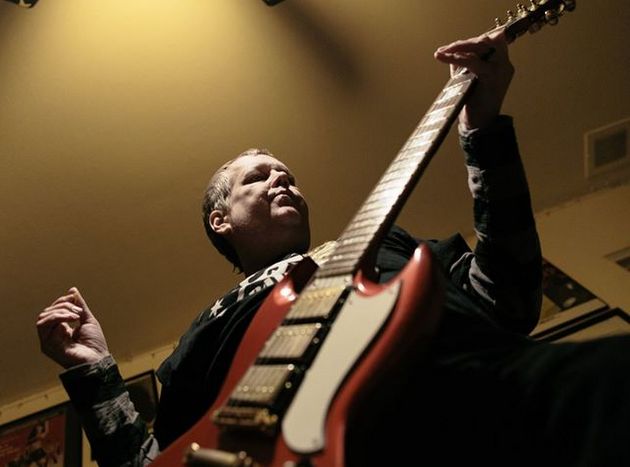 ***Editor’s Note: “Tim Pop” was an independent/underground podcaster that was a direct influence on the formation of Saving Country Music who passed away yesterday, October 13th, 2014, of an undiagnosed illness that had slowly taken him down until he was on life support. Tim Pop was the host of the Rebel Rouser country music podcast that broadcast on the short-lived “Saving Country Music Radio” podcast network, as well as the “Tim Pop Live” rock podcast. Please indulge Saving Country Music as we remember this important figure and friend of the site.

“Tim Pop” Hervey was a tower of a man who was the perfect example of selflessly taking of ones own time to take up the charge of serving worthy music to the public that would otherwise go unheard and under-appreciated. He never did it to be cool in a scene. Whenever he heard something that he believed was magical, his very first desire was to share it, so everyone else could take part in that magic too. He was the embodiment of the Lester Bangs quote “The only true currency in this bankrupt world is what you share with someone else when you’re uncool,” except Tim Pop was cooler than all of us, making his efforts that much more altruistic.

Tim Pop was a direct influence on Saving Country Music. As I wrote on March 15th, 2011, “The first time I listened to Tim Pop Live was less than two weeks after I had started Free Hank III, the organization that eventually morphed into Saving Country Music, and Tim Pop, who didn’t know me from Adam, was talking about it on his podcast. That is when I knew what the power of community and collaboration could do.”

Tim was also an excellent guitar player for Switchblade Justice, The Bomb Pops, and other projects, and a hub of Detroit’s fierce and resilient independent music scene. We are down one irreplaceable lieutenant in the fight to save music, but his efforts continue to weigh heavy with the artists he helped, and the people he touched.

You done good buddy. Now it is your turn to just sit back, and listen.

You can listen to archived Tim Pop Live shows on Real Punk Radio.