Even though Saving Country Music is a music-based website, it works from the core principles that the focus should be people first, then music, and that music is just the excuse to explore deeper issues throughout culture.

Saving Country Music was founded in April of 2008 as a blog on MySpace called “Free Hank III.” Free Hank III and freehank3.org was formed to put pressure on Hank Williams III’s label Curb Records to release his albums. Hank III had been lip locked by a provision in his contract that stipulated he could not speak out against Curb, so Free Hank III was an organization of Hank III fans, DJ’s, podacsters, and other musicians who spoke out against Curb Records on Hank III’s behalf to release his music in a timely manner. In July of 2008, Free Hank III helped win the release of Hank III’s album Damn Right,Rebel Proud, and on January 1st, 2010, Hank III was finally released from his contractual obligations with Curb Records, marking the end of Free Hank III.

Free Hank III  also covered independent country and roots artists during its run, as well as the rest of the country music world from an independent perspective. Free Hank III became Saving Country Music as the focus began to shift to the larger issues facing the country genre and the preservation of its roots.

Kyle ” The Triggerman” Coroneos is the editor, creator, head writer, and benevolent dictator of savingcountrymusic.com. He officially changed his pen name to “Trigger” on 12/18/2012. His writing has inspired a song by Eric Church, and some believe Taylor Swift’s anti-bullying hit “Mean” is about him. He is also the originator of the “Super-genre, mono-genre, & micro-genre” theory on modern music, and was the first journalist to discover Sturgill Simpson.

Trigger was also featured on a podcast from Wide Open Country.

Trigger is also been rumored to have an alter ego, pop country star Michael Jackson Montgomery; a rumor he adamantly denies. 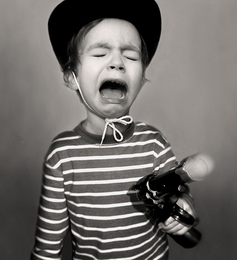