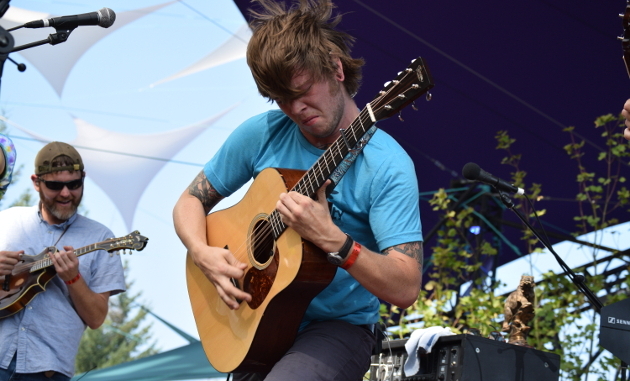 If you’re looking for the sphere of country music where the most strict adherence to the roots of the genre still reside, it’s most certainly in bluegrass. While the top names in country have virtually no commonality with where the genre started, you can still hear the ghost of Bill Monroe and his Bluegrass Boys in the turns of the mandolin and the fiddle in a bluegrass reel, and feel the primordial pull of wood and wire articulating rhythms and melodies that are both delightfully arcane and infinitely timeless, reminding you of days past, yet still prescient in their scope and importance as the days they were first discovered.

Despite the buttoned-up, strict adherence to certain guidelines and instrumentation that bluegrass complies to, it is the complexity of the art form that has always made it a springboard to even greater musical landscapes, becoming a starting point for jam bands and psychedelic explorers to set off in expansive journeys to the edges of recorded music. Though this may seem the polar opposite of the perfectitude of Del McCoury’s hairdo, it’s the ability of bluegrass to unlock certain realms of your mind that make this very strict art form a portal to endless sonic possibilities.

With so many young students of bluegrass benefiting from the access to instruction and instruments these days, and the abundance of established maestros at every station in scores of professional bluegrass outfits, it really takes something exceptional to separate itself from the norm of blinding extemporaneous mastery that persists in the discipline. Songwriting is one way you can delineate yourself and find a space unique in the genre, like we’ve seen from younger stars like Sarah Jarosz and Sierra Hull. Exploring new sonic avenues is another. 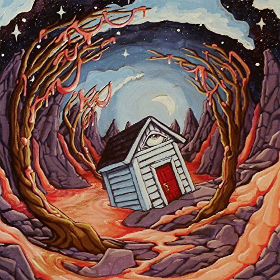 While some try to sell you on the idea that adhering to certain genres or traditional instrumentation is a severe limitation on creativity, some of the most brilliant musicians are the ones who are able to work within the confines of severe limitations and still tap into originality and undiscovered musical vistas that dazzle the spirit in unique ways. This is what come of age prodigy and revered bluegrass player Billy Strings does in his debut solo LP Turmoil & Tinfoil. Having worked alongside fiddle and mandolin player Don Julin along with other apprenticeships in the past, this new album is Billy Strings spreading his own wings for the first time, and soaring.

If anything, a bluegrass connoisseur might be a little intimidated by the talk of psychedelic and jam band influences working into the calculus of this Billy Strings debut, but what you’ll find is a record that is delightfully and solidly bluegrass, yet instilled with an invigorated, youthful spirit that is unfortunately sometimes a place apart from the norms of the bluegrass world. It takes a certain genteel reservation to perfect bluegrass, even when you’re on a blistering, fast-paced run. But Billy is able to channel an exuberance for the music into compositions that are both exploding with energy, yet refined in delivery.

That doesn’t mean things don’t get a little weird in moments, in a good way. The Unidentified Flying Object sounds that appear at the beginning of “Turmoil & Tinfoil” and “Pyramid Country” are just enough texture to break the monotony many bluegrass records suffer from in in eddies of mandolin chucks and straight-faced sameness. The acid trip recollection of “Spinning” did feel a little superfluous, though it fits within the spirit of this work. It may be a stretch to call Turmoil & Tinfoil conceptualized, but it does pay greater attention to the song cycle than most, and a song like “Doin’ Things Right” helps sets the moral of this record about the nature of humanity and the oneness that is necessary for true happiness and enlightenment.

Often though in Turmoil & Tinfoil it’s simply the masterful instrumentation on display in songs like the 9-minute “Meet Me At The Creek” that get you lost in the cosmic beauty, not some overlayed production element, while songs like “All of Tomorrow” and the jaw harp-heavy “Living Like An Animal” are delightfully primitive in scope.

Bluegrass, just like all of music, must evolve to stay relevant to modern ears. Yet doing so within the discipline where the roots of the music remain in tact is the trick that takes an additional level of ingenuity and passion to accomplish. And this is what Billy Strings does with Turmoil & Tinfoil.