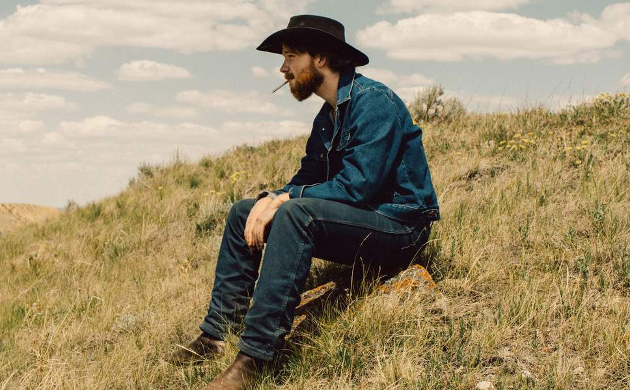 The legacy of roots music is bigger than any one song, album, artist, or era. It is a living, breathing entity that spans epochs, finding shelter in the souls of its performers, proprietors, and fans, and is passed down from generations like genes along a human chain to survive the onslaught of progress. It takes acolytes and champions of music traditions for them to endure the inevitable erosion of time, especially through an era such as the present one when such naive notions of “progress” and “evolution” endanger the modes of traditional music more than ever.

Canada’s Colter Wall is one of those champions, and without an ounce of hyperbole, one can decree his voice as a one-in-a-million phenomenon among humankind, and find very little resistance to that pronouncement. Yet the most remarkable thing about this young man from the plains of middle Canada is that he’s chosen to employ that gift in the service of keeping the most primitive forms of North American roots music alive in the hearts and ears of its modern devotees, and to continue its legacy for future generations. There’s most certainly the more commercially applicable roads Colter could have chosen to go down, or a smoother path to popularity. But here he is, plying his archaic craft with unwavering conviction. Colter Wall isn’t an old soul. He’s an ancient one.

If anything, this new record Songs of the Plains is even more primitive, more austere and rigid, more steeped in the roots of the music, and more stripped down than anything he’s done previously. While some artists use their third release as an avenue of experimentation, bored with their original sound and wanting to be appreciated for their ingenuity and “artistry” while often alienating original fans in the process, here is Colter Wall is doubling down on the initial approach, purifying his sound, pulling out of it any outside influences, until you simply have a voice, a guitar, a song, and maybe some quiet accompaniment if it knows its place, and doesn’t mind being buried in the mix. 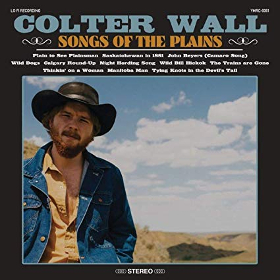 One previous concern about Colter Wall has been that this music is too dry, too sparse, too austere to appeal to anything more than a niche audience. As we witness artists such as Tyler Childers and Cody Jinks continue to swell in popularity, you cheer for a similar fate befall the music of Colter Wall. On the surface, these concerns of niche appeal would only be exacerbated by Songs of the Plains.

It’s a fair criticism to say this latest work doesn’t have the same body, or those one or two standout tracks like Colter’s previous two records did. Even more than the first two, this is a preservationist effort—a reenactment—though still interpreted through Colter Wall’s original approach and stellar voice. And it still remains a relevant opinion that if Colter Wall is going to find a hole through the hard ceiling that hangs above most independent roots music, becoming more steeped in the Woody Guthrie, Wilf Carter approach is probably not the brilliant path. Colter Wall is not like Tyler Childers or the Turnpike Troubadours, where you can hand a speculative friend or family member a CD, and watch them become a quick convert.

But despite these fair, thoughtful, and articulate concerns, the support behind Colter Wall only continues to swell. His insistence on remaining so steeped in the roots and a primitive approach has become an originality all its own during a time when so many artists are abandoning all ties to the past. To so many new ears, Colter Wall is the original, because they were never exposed to Woody Guthrie, Jimmie Rodgers, or even Hank Williams when growing up. Colter Wall is their window into that world. This is the first they’re ever hearing of this music, and coming from a voice that is arguably even more compelling than the originators.

Colter Wall may never sell out arenas, but neither did Hank Williams or Woody Guthrie. But what those legends did accomplish was helping to preserve the roots from their forefathers, and helped popularize a sound and approach to music that went on to influence scores of performers who did reach the apex of commercial applicability. Clearly Colter Wall is not worried about riches or fame-–Songs of the Plains underscores that. However a career and legacy just as enriching is beginning take form for him, if not financially lucrative, then critically influential for the continuance of country and folk music for years to come.

And maybe in generations from now, for those freaks who will feel like a flight from whatever modern sound is permeating the popular culture of the time is best for their mental well-being and listening enjoyment, they will be listening back to Colter Wall and Songs of the Plains as their starting point—their roots and legacy they’re looking to listen to, preserve, and carry forward—so the next generation can enjoy the pure expressions of rural people, uncorrupted by the incursion of fickle trends or fleeting styles that come and go on the music timeline while the roots continue to endure.

One thing’s for sure, the voice of Colter Wall will endure. Because it’s like something we’ve never heard before. And it’s something the world may never hear again.

Purchase Songs of the Plains from Colter Wall

Purchase Songs of the Plains from Amazon