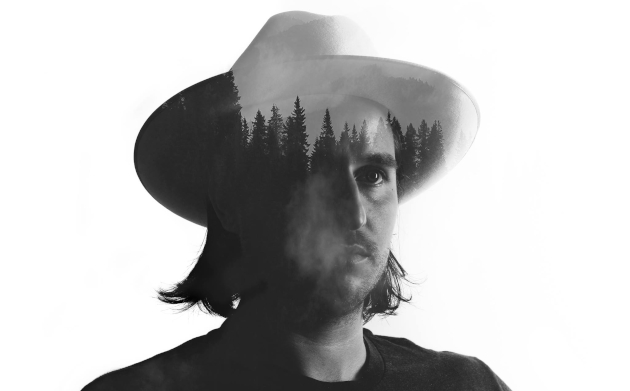 Like the mother find from an excavation effort into the burned out ruins of a vintage recording studio, exhumed from a rusted shut 2-inch reel-to-reel tape canister containing some lost and forgotten country music classic, David Quinn’s Wanderin’ Fool sets you back some 70 years in time as soon as it’s cued up on your listening device of choice. Whether your question is where country music came from, or where it has gone, the answer is contained in this record.

For fans of Luke Bell, Pat Reedy, The Deslondes and the like, Wanderin’ Fool will find favor with your ears as one of those throwback country efforts that doesn’t forget the vital roll piano, a little bit of swampy boogie woogie, and Johnny Cash Sun Studios-style rhythm played early on in country music’s cool factor and contagiousness. Purposefully distressed in its audio quality as a dimension of artistic expression and in an effort to make the heart wax nostalgic, Wanderin’ Fool is nourishing food for the old soul.

It was a long road for David Quinn on the way to creating Wanderin’ Fool, and the title is no accident. Raised outside of Chicago and spending much time in the summers with his country music-listening grandfather in Wisconsin, Quinn’s appreciation for old country started early. He spent time both playing shows as a side musician and working more professional jobs in Chicago and California. But then a few years ago a failed marriage resulted in him selling his house and embarking on a journey through America with no real destination or purpose. 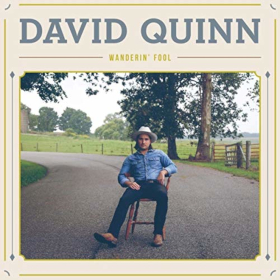 David Quinn, looking for direction in his life, spent time as a Wanderin’ Fool so to speak, including bumming around Colorado and Texas, trying to figure out his next phase, with a lot of the songs from this record emerging from the experience. The album’s opening song “Cryin’ Shame,” and the annulled love of “We Both Know” speak to the heartbreak that fueled David Quinn’s journey, while many of the others songs are about the freedom he found while on the open road, or the people and places he encountered along the way.

Though David Quinn must have interacted with the modern world at some point during his travels, you won’t find any mentions of GPS or WiFi hot spots on this record. There’s nothing on this album to tip you off that it was made in the modern era, from the words and references in the lyrics, to the music styles utilized by the seasoned and savvy studio musicians. Quinn is careful not to break character, or to make anachronistic mistakes in his inspired writing meant to set you back in time. It’s David Quinn’s stories, but interpreted through a time bend for a more enhanced listening experience.

With the purposely-aged production and style of Wanderin’ Fool, it will relegate the appeal for this record only to niche audiences who like these sort of sepia-hued old school country recordings, while others will find it too rough or fuddy duddy for their tastes. The songwriting coming from David Quinn is quite solid, but due to the recording approach, the words sometimes don’t come through with the clarity one needs to follow the sentiments and stories as deeply as they’re meant to be conveyed. The vintage approach is both the album’s greatest asset, and its underlying burden.

The severed connections to country music’s roots have left many of its modern incarnations feeling drained of soul or lasting power. But musicians such as David Quinn who see the timeless asset of country music expressed in its original form are working to preserve these modes with music that embraces its original sound and themes, while also intertwining their own personal stories into the effort to keep it relevant to the new era. Wanderin’ Fool is a hearty attempt at this important work.