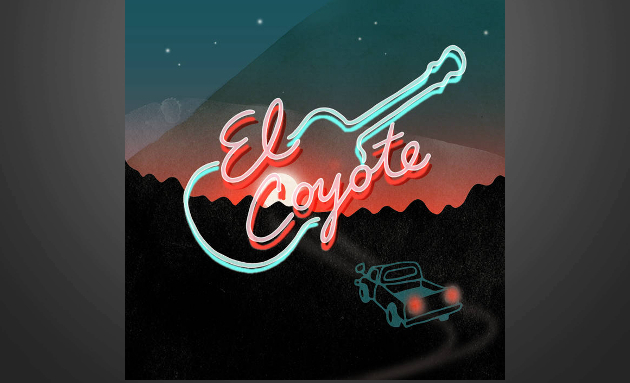 We’re blessed to live in a time period when there are plenty of woman-led singing duos, trios, and quartets to peruse for your listening pleasure. With the power conjoined female voices can bring to the hopeful and heartbreaking sentiments of country and roots songs, you can’t have enough of this audio virtue. Acts like the Wailin’ Jennys from Winnipeg, All My Exes Live in Texas from Australia, and the Wild Reeds from Los Angeles assure there is plenty of abundance in this space to choose from.

But the one issue a lover of female harmonies who also happens to be a lover of country music will find listening to these respective acts is that despite the promising sounds of their names, they often veer way more folk than what you’re hoping for. That’s not a knock on these women whatsoever, because after all, folk is often a better fit for the approach, and they’re all brilliant at what they do.

But for those fans of the old Carter Family records, or the sounds of the famous Trio collaboration between Dolly Parton, Linda Ronstadt, and Emmylou Harris, you just want something a bit more country backing these strong, beautiful voices. You want the moan of the steel guitar to match the emotion that three part harmonies evoke, and you want sentiments the fit more with the agrarian and blue collar experiences that country music provides.

Enter the band El Coyote from Montreal, Canada who makes all of this happen and in brilliant form in their debut, self-titled album. Made up of three women singers and songwriters named Angela Desveaux, Michelle Tompkins, and Katie Moore backed by a three piece band, they’re just about everything you want from a woman-fronted singing trio as a country fan, but without losing the gentleness of the folk portion of the discipline.

The members of El Coyote all came together in Montreal as part of a kitchen jam session based around a mutual love for true country music and covering classic old songs. Eventually it morphed into something more to help get the respective players through the long Canadian winter. All the players also play in other projects, but they come together in this album with cohesiveness and alacrity with a set of ten completely original songs that are lead strongly by the respective songwriters.

Let’s not overlook the contributions of the backline of El Coyote either, because this is where the project goes from really good to very great. Super tasty steel guitar and dobro by Joe Grass helps bring the unique sound of El Coyote alive. Lead guitarist Mike O’Brien builds the firm base where everything builds from, as well as adding a few harmonies himself for additional texturing. The same goes for bass player Andrew Horton. And like the name implies, there is just a very slight Tex-Mex or Southern California flavor to how these songs evolve.

Drums are only featured on a few tracks, and for some of the hardcore honky tonk fans out there, they will wish for a little more meat on these bones possibly, or they may find the record as a whole perhaps a little sleepy and slow for their tastes. But El Coyote is respectful to the approach they take to this music, and build a sound that is both very unique, yet deeply inferred and grounded in traditional country modes.

El Coyote may consider themselves a side project, but they slide in very nicely into an underserved segment on traditional country music where strong songwriting and strong voices come together in harmony, and re-awaken an important approach to country music that stirs emotions like few others.

Purchase/Listen to El Coyote on Bandcamp

(currently not available on other formats, stay tuned)