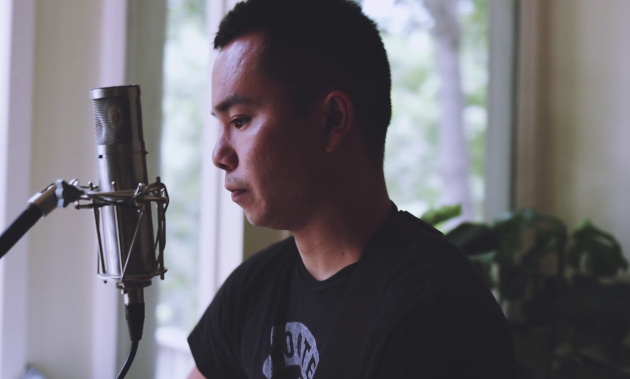 In the next year or so, you may struggle to find another collection of 10 songs so well-composed with wit, insight, and soul than the ones found on this debut album from Gabe Lee called Farmland. That comes with a caveat or two mind you, but that in no way injures the conclusion on the quality of the songwriting contained in this effort. If songs are the foremost requisite of appeal to your listening sensibilities—not just simple music to tap your toe to—you’ve stumbled onto a treasure trove of undiscovered goodness that will satiate your listening desires for some time into the future.

Yes we know, upon initial glance, Gabe Lee doesn’t look the part of the troubled, hayseed country poet baptized in the South’s muddy water and dripping with authenticity as he puts words to rhyme and twang. If you’re a Gen X’er, you’ve been trained to see beyond race. But if you’re a Millennial, it’s all you care about. Yes, Gabe Lee’s bloodline is from parts east, but that’s no more consequential than if he’s left handed as opposed to right.

As a long-time Nashville resident whose parents moved to the city in the 80’s, Gabe Lee has just as much, if not more claim on the music as the white flight suburban transplants stealing Drake beats to compose country radio singles. The only requisite that should ever be placed upon any artist as a roots performer is if they’re willing to dedicate themselves to the craft, to contribute something worthy to the community, and understand they’re part of a bigger narrative that stretches beyond any single artist. Gabe Lee checks all of these boxes, and it’s arguably even cooler that he’s not just another cracker down the Music Row conveyor belt. It proves that the appeal and practice of roots music can find a home in anyone. 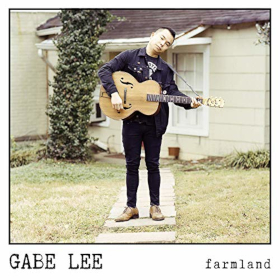 More folk than country, but more country than most of what you hear on the radio, Farmland is a bold stroke of confident and articulate songwriting prowess filled with stories of broken heats, failures and frailty, and cutting insight into the trappings of American life. It’s not unfair to draw comparisons to Dylan and Prine when listening to Farmland. In fact that is likely to be your very first impression, even before you become enthralled by Lee’s turn of phrase. This is one of the reasons he will find favor with many listeners from the folk and Americana circles.

But to some, Lee’s inflections may be a little too borrowed from the old greats, at least in moments, impinging on the originality of this work. The timing, delivery, and pentameter of Gabe Lee is impeccable, and one of the biggest attributes of his efforts. His singing style also fits his higher range voice as opposed to trying to emulate the barrel-chested crooners of country music past. Like his influencers, Gabe Lee has mastered the art of not just what to say, but how to say it. But for a song or artist to truly distinguish themselves, they must not just borrow from the wisdom of all that came before, but find something to add to it.

As a folk and Americana fan, it’s hard to find a weak track on Farmland. If your favor lies more with country songs, you’ll find yourself gravitating to the steel accompaniment of “Last Country Song,” and one of the best tacks no matter your tastes, “Eveline.” It’s in this song where we hear what Gabe Lee is capable of when he lets his own voice come to him. The production and arrangement of Farmland is very sparse, just some simple dobro, steel guitar, and other textures. This brings the songs to the forefront, which is exactly where they should be, even if the record will become tedious for some without some variety of volume.

Farmland as a whole dazzles with its ability to capture the story of forgotten America, from single-story L-shaped roadside hotels with neon signs, to brick-laden abandoned towns where you can’t find anyone under 50, and laundromats not renovated since George Sr. was in office. It isn’t just what Gabe Lee says, but the way your mind fills in the blanks in between with lost American nostalgia and the slow decay of what was. It’s Mellencamp, but more melancholy.

This is a great start for Gabe Lee, and a record that you get a sense will be revisited often as his career progresses. But it feels like a start nonetheless, as opposed to the finished result of where Gabe Lee is headed once he takes his incredible knack for songwriting, and combines it with a musical style and sense of timing that is tailored all to his own. You hear the brilliance, and get excited about what Gabe Lee could build on from here, while still enjoying these moments in their raw, unfettered form.