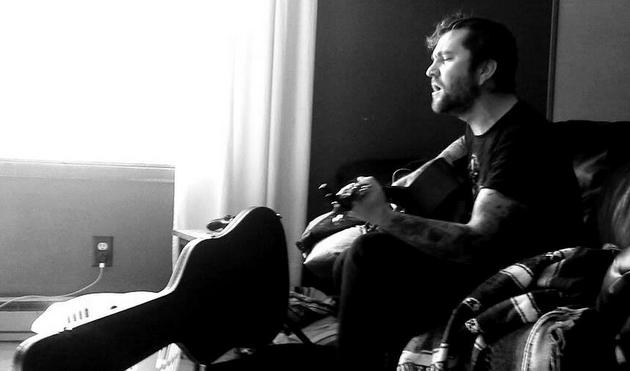 We live in a time in music where independent acts like Blackberry Smoke and Jason Isbell are charting #1 albums in country, when post punk songwriters like John Moreland and Shakey Graves are showing up on nationally-televised late night talk shows, when neo-traditionalists like Margo Price are playing Saturday Night Live, and when an artist like Chris Stapleton is winning a plurality of major industry awards. There are still incredible challenges and hurdles being placed in front of independent artists in their attempt to make music their own way without commercial interests interceding into the creative process, but the glass ceilings are being shattered left and right and like never before.

And we’re seeing this upsurge and new support across virtually all sectors of independent country and roots music, from Americana, from Texas country, to the east Nashville scene, to bluegrass. But the one segment still lagging drastically behind is the whole underground country punk scene that is saddled with constant infighting, and a contraction of both new artists and fans. The few fans left will still show incredible support for their favorite acts. If a tour vans breaks down, fans will rally and get them to the next gig no matter what the obstacles. The problem is, the acts still can’t afford vans that don’t break down, or can’t afford to fix them when they do.

Getting your music played on an off peak satellite radio show or featured on a music blog is not enough “support” to build a career behind. The chances of hitting the big time in music are always very slim, and most independent artists don’t want to become “famous” anyway. But if you cannot organically build at least a small amount of support behind your efforts to the point where you can afford health insurance and other steady necessities, either your strategy or your music is bad, or the universe is trying to tell you something.

Chatter about a punk-influenced country band called Jeff Shepherd and the Jailhouse Poets has been floating out of Chicago for a couple of years now, with positive receptions preceding them, including for a video released in 2014. In late 2015 Jeff Shepherd finally put the effort out to record a proper release, and recruited Saving Country Music Songwriter of the Year winner Matt Woods as producer. And by instilling professional effort behind this music, Jeff Shepherd and the Jailhouse Poets have put themselves on the path of breaking free of the curse of underground country bands.

There’s still some of the remnants of the “punk gone country” thing on this self-titled, debut release. But depending on your tastes, this is not necessarily a bad thing. The reason Hank3, Larry & His Flask, and other bands found such a devout audience is because there is an intuitive link between country and punk. But the style and relevance of the day has moved on from it. And where it’s moved to is songwriting. If you can write a song that hits people in the gut, it overrides any concerns of styling, or even genre. That’s how we’ve witnessed Jason Isbell, John Moreland, and others defy odds and find a wide audience for music that may otherwise be commercially challenged.

Producer Matt Woods is a great example of putting songwriting first, and that’s what rises to the top in this album. The first song “Gone” could be a top track from the Turnpike Troubadours, or could be an Americana hit. And with steel guitar and banjo, it’s authentically country. The second and third tracks of the album, “Jukebox Junkie” and “Tragic Love,” is where some listeners may get tripped up. The excessive drug references and dark chording will sound a little dated to certain ears. A later song “Forever Young” gets the punk country sound a bit more right, with better instrumental performances and composition. Another strange offering is “Ghosts,” which finds this 80’s-sounding heavy guitar arrangement, though underpinning the song is a good writing effort.

Songwriting is what becomes the ultimate takeaway from Jeff Shepherd and the Jailhouse Poets. As you listen deeper into the album, the writing continues to mature, and mature more, and becomes more vulnerable and personal until the final song “Son” virtually has you in tears. From lost love to personal tragedy, Jeff Shepherd is uninhibited in sharing and unburdening his heart in these songs.

Tracks may be hit and miss for certain listeners, but the audience is encouraged to hang through and punch out of songs if necessary, because others will be so worth digging for. And though some decisions on the record may be second guessed, it’s fair to say the album has some spice and variety, and putting one gut-punching songwriting effort after another with stripped down instrumentation might have made it a little too bland. They tried to infuse a bit of energy in this album, and that’s not a bad thing. Some might think it’s a stretch to call Jeff Shepherd and the Jailhouse Poets a great record, but many will agree it’s a good record with some great songs on it. And it illustrates a solid path forward for Jeff Shepherd and other underground roots bands to hopefully reach that sustainable level of support that all great songwriters deserve.

Jeff Shepherd and the Jailhouse Poets also features some cool names in the credits: