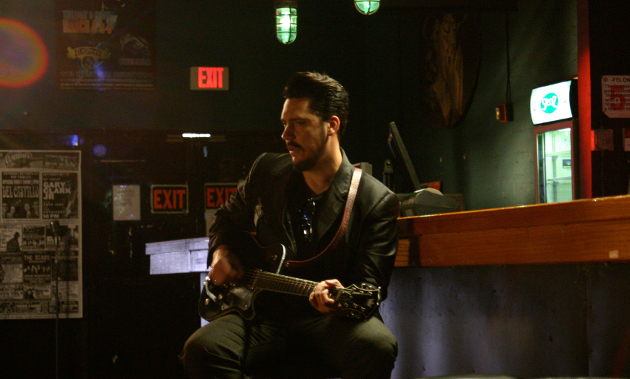 You never know what Jesse Dayton may have his hands dirty with at any given moment. He could be playing guitar for Johnny Cash and Waylon Jennings right before they pass away, or collaborating with Rob Zombie on some horror flick, or producing a record with Eddie Spaghetti. Last year he was touring around with the band ‘X’ filling in for Billy Zoom on guitar. He’s all over the place, which is cool in the respect that he allows his creative passion to take him wherever it calls. But for the country music fan, sometimes you’d wish he’d cut it out and just make another damn record.

Jesse Dayton has an unfair ability when it comes to writing country songs. It seems like he can do it as easy as falling out of bed, while it takes other folks weeks of struggling to come up with something half as good. Like Corb Lund, there’s most often a little dollop of humor interwoven into his verse, and he’s not afraid to make a little fun of how sentimental and self-referential country music songwriting can sometimes be. And just as Jesse Dayton shifts mediums for his music, so will he when it comes to style. A little bit of punk-inspired rockabilly and Southern blues is always at the heart of Jesse Dayton’s music.

All of these attributes and more can be found on his latest record, The Revealer, which if it accomplishes nothing else, reveals most all of the reasons so many famous folks want Jesse Dayton putting in time on their projects, but why Dayton should always make sure to reserve some time for his own. Dayton had plenty of time to accrue new material for this album—his last record was a Kinky Friedman tribute from 2012—and The Revealer doesn’t take any shifts off or leave room for any slouchers. It’s one serious and entertaining effort after another for 12 tracks in a project that reminds us why we miss him in the album release department, and reveals no rust when it comes to Dayton making himself the centerpiece of the music. 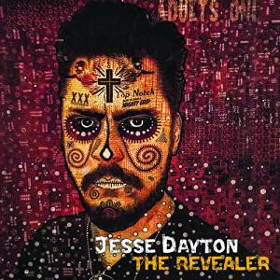 Take a country song like “Match Made In Heaven”—he delivers country songs that are so good it’s hard for him to sing them without putting his tongue in his cheek, which transitions smoothly into “I’m Home Gettin’ Hammered (While She’s Out Gettin’ Nailed)” first performed by Banjo & Sullivan, but written by Dayton. His George Jones tribute “Possum Ran Over My Grave” is just about perfect, and the way he’s able to put those Jones inflections on his voice makes it that much more spine shivering.

Where The Revealer really digs in is its old school alt-country or rockabilly material like the blistering “Take Out The Trash,” the funny (though a little wordy) “3 Pecker Goat,” or the good-gone-bad tatted up in flame decals “Holy Ghost Rock n’ Roller.” Then Dayton takes some time from being funny and frolicking to moving into more personal material like “Mrs. Victoria (Beautiful Thing),” which tackles the subject of race by portraying the way it really is for most Southerners, and how friendships and bonds stretch across the tracks more than is given credit for by the outside world.

The album turns even more serious at the end. Though “Never Started Livin'” may not hit on the mark exactly like it wants to, the final song “Big State Motel” reveals the deep Texas blues and soul that is also a serious part of the Jesse Dayton arsenal and can cut deep down to the bone when he wants to call on it, bolstered by the metallic tone of a resonator guitar.

You’re a bit surprised there isn’t a little more of the dazzling guitar work you would expect from a Jesse Dayton record, though perhaps the point on The Revealer is to put the songs more out front. It’s also a little hard to nail down what Dayon’s authentic voice is on this project, because he shape shifts into so many different characters by the end, though he does all these different styles so well.

Jesse Dayton, like many Austin-based musicians, is so well-revered locally and among his musical peers that it doesn’t really push them to ingratiate themselves to the outside world. There was a time when Dayton was one of the most promising musicians in the alt-country world. But he’s also one of these guys who doesn’t care to become some superstar; he just wants to be a part of some cool projects, whether that pushes his own brand into the spotlight or not. But as The Revealer proves, he’s got the chops to not have to play second fiddle to anybody, still. Hopefully it will be a gateway to new independent country devotees to go back and check out those earlier records, and spurn Dayton to find at least a little more time for his own music in between all those other pursuits he’s a part of.