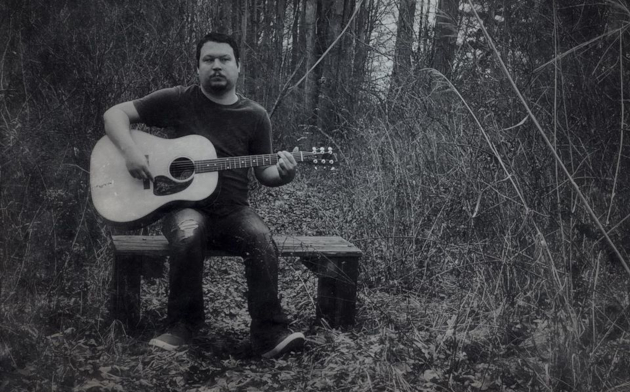 If you really want to test your mettle as a country music fan, if you’re one who thinks they can handle songs of heartbreak one after another like shots of Jack lined up across the bar, if you want to put your emotional capacity through the paces and stress test your country music heart to see if you can compete with the big boys of pain tolerance via country tunes, Matt Carson’s No Regrets is the album for you. This is not for the amateur sad song connoisseur out there. Neophytes to this most severe side of country should start first with records that mix a few sad songs in with other stuff to steal them for what they’ll experience here. This thing should come with a warning label for how heart-rending it is.

With the self-expressed mission to “Make Country Music Sad Again,” Matt Carson makes some serious inroads into this stated objective by self-penning incredible tearjerkers that show no compassion in their conveyance of sorrow, and sings the hell out of some well-recognized covers as well. Completely blind from the time he was born, this South Carolina native doesn’t need to embellish his story to make you wholeheartedly believe his songs of loss, leaving, and regret. When Matt Carson croons about missing someone’s touch, and still smelling them in the hall after they’ve left for good, your own sense of smell and feel are heightened to the emotional toll this man has felt.

First learning to play guitar and bass when he was 7-years-old, a young Matt Carson would sit beside the radio on Saturday nights in Charleston requesting one sad country song after another from the local station, so much so that DJs demanded he request a few happy ones before they would honor his suggestions. This undying loyalty to the sad side of country comes through in his original music that is fiercely traditional, and presented in hard honky-tonk and classic Outlaw styles. Slow, painful, merciless, and purposeful, No Regrets can make a grown-ass man’s insides feel like mud in the best of ways. You better find some better excuses than just cutting onions when you have this record on. 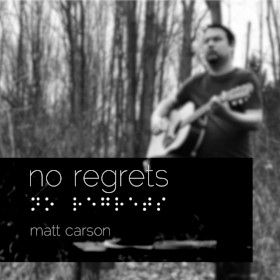 But it’s one skill to write a sad song that works in telling a depressing story. It’s another to sing a song with such soul and commitment, the audience is incapable of not believing and feeling every word. Deep battered with soul, but more classically country-sounding than someone like Chris Stapleton, even if you don’t get into the sad state of affairs present in a Matt Carson song, you will be dutifully impressed and moved with the voice that he sings them with.

Carson’s covers of well-recognized country standards like Waylon’s “Just Because You Asked Me To,” or Kris Kristofferson’s “Help Me Make It Through The Night” are rendered original-sounding simply from how well Matt Carson signs them. No Regrets also helps realign what it truly means to sing Outlaw music in country. So often these days, those who want to be considered practitioners of the subgenre focus on self-aggrandizing tough guy songs. Matt Carson reminds us that Waylon Jennings and Kris Kirstofferson made their way through life mostly on half time ballads about heartbreak, not recycled Southern rock guitar riffs played too loud over braggadocios platitudes.

The one concern about No Regrets is it might be too severe for most members of a wide audience. It starts off with four incredible country heartbreak songs that are hard to impossible to find criticism in, but after a while, the ear craves a little reprieve and variety. Luckily he shakes it up after that with “Just Because You Asked Me To,” and the second half of the record does include a bit more diversity to help keep you engaged. Nonetheless, it’s easy to catalog No Regrets as the hardest, slowest, heaviest country music record you will hear all year without veering into the Gothic realm.

And it all has a happy ending of sorts. Matt Carson has moved on from the heartbreak of youth, and is now married with four kids. But that history, and the stories he can compose in his mind without the distraction of the visual world make him a unique and valued songsmith, and one who doesn’t have to pass his works off to some other singer to record the definitive rendition, he can handle that all himself. Too heavy for some, but potent enough to finally break through the high tolerance that other hardcore country music fans have built up over the years, No Regrets is the right type of bad medicine to get your craving for sad country back to satiated.