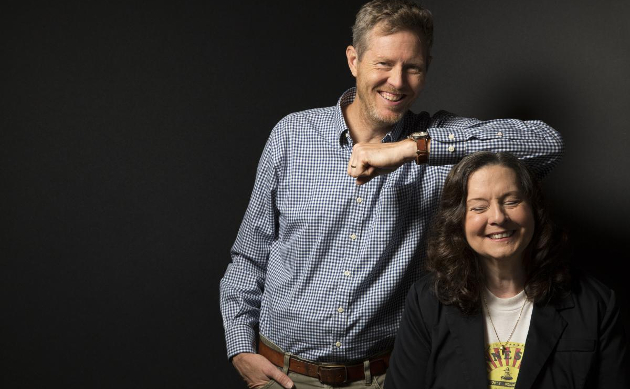 Even if you were a hardcore fan of Robbie Fulks to begin with, whether from his early insurgent country “Fuck This Town” phase, or maybe his more contemporary work like penning the incredible “Long I Ride”—or you’ve followed him throughout his entire career and have bought in hook, line, and sinker to the undiscovered genius that is this Chicagotown gem—you still probably found yourself looking a little sideways at this project on paper and thinking, “Wait, what?”

Let’s be honest, pairing up Robbie Fulks with the sister of Jerry Lee Lewis and having Fulks write songs from her perspective seems like such a strange concept for an album, it’s hard to conceive of releasing such as thing beyond maybe some quirky passion project with a pressing of 250 units for Record Store Day.

But whatever high praise you might have heard about Robbie Fulks heretofore, it’s all fair and warranted because the guy is a savant of country and roots, and Wild! Wild! Wild! is further evidence of this. Despite the unusual nature of how all of this came about, and the fact that the album cover probably implies it’s a lot more old school rock or rockabilly than it actually is, Wild! Wild! Wild! reveals itself to be a stroke of country music genius with the perfect dose of boogie woogie, engaging you from cover to cover with its songcraft, execution, and infectiousness, and introducing a new crop of listeners to Linda Gail Lewis.

For those of you that didn’t know, yes, Jerry Lee Lewis’s sister has enjoyed her own career as a singer and piano player since the mid 60’s, recording with her brother, Van Morrison, and others off and on, and also happens to be married to the former director of Stax Records, Eddie Braddock. Linda Gail’s story shouldn’t be told just through other people though. Like Jerry Lee, she was born in Louisiana, has lived a wild life, and has survived to tell the tale, much of which comes out in the songs of Wild! Wild! Wild!. 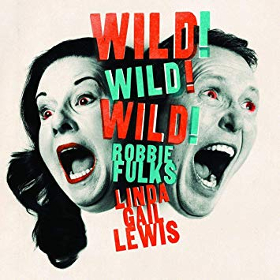 Linda Gail Lewis and Robbie Fulks first met while both touring in Sweden. As has been pointed out by Saving Country Music, Sweden is an enclave for American country and roots. Over the past 10 years or so Robbie and Linda have become close friends, and Robbie has worked with Lewis off and on via her own projects. But when the idea came about on a full-blown collaborative duets album, Wild! Wild! Wild! was born.

Linda Gail Lewis is a great piano player and singer. Robbie Fulks is an amazing musician who enjoys an elevated understanding of music, yet always keeps it grounded to the roots. Wild! Wild! Wild! is embellished with the work of some great studio players like Redd Volkaert, and superb steel guitar work from Tommy Detamore. But what really makes this record exceptional is the songs.

This idea by Robbie Fulks to (mostly) write an album for someone else to sing is certainly unintuitive and unique, but leave it to Fulks to pull it off with flying colors. To be able to use personal insight into the history and perspective of an individual, yet anchor and process the subject matter objectively by not having lived it yourself is certainly an interesting methodology to the songwriting craft. It also takes a lot of passion in the songwriter to buy into the process, which Fulks has clearly done.

“That’s Why They Call It Temptation,” “Memphis Never Falls Out of Style,” “Foolmaker,” and the ending song “Hardluck, Louisiana” are immediate, top-shelf country and roots songs that do battle for some of the best tunes released so far in 2018. Wild! Wild! Wild! is chock full of entertainment and insight, even when it gets a little silly and rambunctious, like in the old school rock and roll tunes “Round Too Long,” “Your Red Wagon,” and “Boogie Woogie Country Gal.” Linda Gail has a punch and growl she’s not afraid to call upon that’s reminiscent of Wanda Jackson, and she’s a hell of a piano player. This album also works like a biography of Linda Gail, with Robbie’s duets and primary parts not injuring the continuity of perspective or story, but aiding to it.

Wild! Wild! Wild! really is a great country record with a few moments of rock and roll abandon to keep it interesting. As Linda Gail sings in the first tune, “This ain’t an old folks reunion, this ain’t a Johnny Cash song.” Instead it’s a stroke of collaborative magic underpinned with a deep passion, strong friendship, killer instrumentation, and songs that give insight into the life of Linda Gail Lewis, and by proxy, our own.

And don’t ever doubt the acumen of Robbie Folks. Ever. If you see his name stamped on the cover of something, don’t question it until you’ve listened because it’s probably pretty damn good.