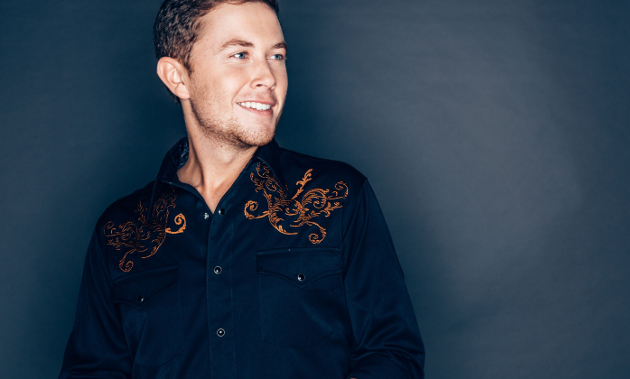 There are two major fronts in the effort to save country music. One is subjective, and deals with the business of trying to restore balance in the country genre to music of more substance and quality for the benefit and choice of the consumer. The second effort is much more objective, and deals with the principle that all performers should be dealt with equitably, and enjoy creative control over their music and the direction of their careers, regardless of what anyone may think about the results.

In the case of Scotty McCreery and Seasons Change, it is already a victory for country music on the objective front to have this release see the light of day, regardless of the music it contains. Kicked to the curb by major label Mercury Nashville, the label somehow figured out how to squander McCreery’s career despite a devout following and undeniable natural talent. Now he returns on the semi-independent label Triple Tigers, and has the the wind at his back with a strong and natural #1 radio hit in “Five More Minutes.” If nothing else, Scotty proves the industry wrong with their presumptuous pronouncement that his career was finished when he had just barely turned old enough to legally drink.

Similar to the independent artist Aaron Watson cracking the Top 10 with his single “Outta Style,” or Tim McGraw overcoming his legal battles with Curb Records to spark a resurgence in his career, Scotty McCreery’s comeback bodes well for the country genre at large, no matter your attitude about the music. Once any artist has a failing single or a struggling record in the current mainstream environment, it usually means they’re finished. That puts artists one bad move away from falling off a cliff, which is one of the underlying reasons so much of mainstream country these days plays it so safe. It’s better to follow the current trends obsequiously than to take chances or project a strong voice or perspective. Now McCreery has proven there can be life after death at the hands of Music Row.

McCreery’s rebirth creates an underpinning theme for this record, or at least for the opening song and title track. On Scotty McCreery’s first release Clear As Day in 2011, he wrote not a single song. On Seasons Change, he’s a co-writer on every one of them. If nothing else, Seasons Change is a record Scotty McCreery wanted to make. 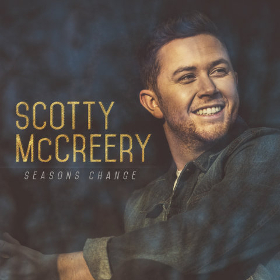 However the problem is that the record McCreery wanted to make is still one that feels pretty safe, and sort of a re-imagines mid 2000’s mainstream country pop that rarely delves too deep, and takes little to no chances in the composition or approach. You get the same verse/chorus/verse/chorus/chorus structure that has become so tiresome on the radio, and the rising chorus action that may be infectious to passive listeners, but is so predictable to those looking for something more. And the writing, though with its moments, also relies on lists and self-affirmations like so much of mainstream country instead of something more meaningful. Combine that with a few drum machine intros like at the start of the lead single “Five More Minutes,” and Seasons Change frankly leaves a decent amount to be desired.

One of the appeals for Scotty McCreery is his deep, country, North Carolina vocal tone. That is how he was able to score a victory on American Idol, with swooning girls voting for him en masse. Many times his performances on the show were of traditional country songs that accentuated his billowy, low tone, like Josh Turner’s “Get Ready,” or George Strait’s “Check Yes or No”—songs that make you go, “Woah, listen to this guy!”

But Seasons Change doesn’t really have any of those moments or songs. The rising choruses take Scotty away from the sweet spot in his tone. And yes, it’s probably fair to call Seasons Change a little bit more “traditional” than your average 2018 mainstream country release with some steel guitar, banjo, and mandolin mixed in here and there. But it’s still more contemporary than anything. Blake Shelton’s Texoma Shore is frankly a lot more traditional, and with a better selection of songs.

Of course all of these observances are opinions and fall into the subjective side of the effort to save country music. They take nothing away from the victorious narratives that surround Seasons Change. But this an album review, and it’s hard to not have mixed feelings at best about the overall result of this effort.

Yes, there is some good stuff here, like the title track and theme of “Five More Minutes.” Yet there’s also the unfortunate self-affirming versus of “In Between,” or the formulaic 90’s Chesney feel of “Barefootin’.”  McCreery has won his freedom, but he’s now engaged (covered in one of the album’s better songs, “This Is It”), and still has mouths to feed. So he starts his songs off with 808 and synth, which will damn this effort for those first hooked on his Josh Turner vocal tone, while simultaneously making his music accessible to the radio crowd.

Call Seasons Chance a big victory for Scotty and his fans, and you’ll get no quarrel here. But now that he’s won his freedom and established his commercial relevance again, it would be great to see McCreery get back to his roots, get back to what made America fall in love with him in the first place, which is being one of the few strong and deep country voices left in the mainstream willing to sing more traditional tunes.