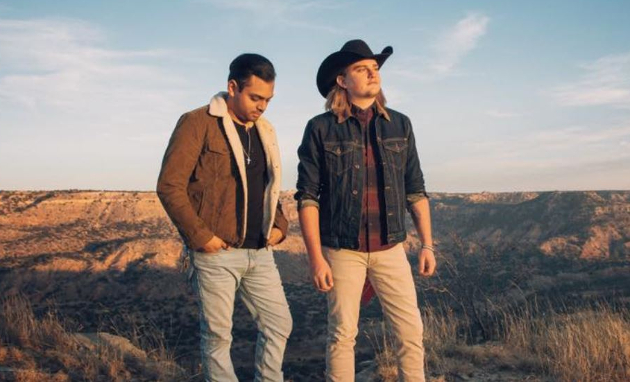 It’s not just the rugged peaks and the tall pines and the sandy beaches and lonesome desert that can elicit the inspiration for songs that will last well beyond the breath of their authors. If you’ve ever stood alone among the vastness of the flat prairie, it can inspire the same sense of awe and smallness that makes you take stock in life, and stir the words to songs that will go on to become the stuff of country music legend. It’s hard to find land more flat than in the plains of West Texas, which has been the muse for some incredible songs and artists over the years to the point where the Texas Panhandle and parts surrounding have now become a nationally-recognized hub for the musically astute.

Just south of Amarillo and north of Lubbock is a strange piece of topography that carves its way through the flat and semi arid landscape like the etch of a painter illustrating the crag through a freshly broken heart. It’s called Palo Duro, and though it’s no Grand Canyon, in the hearts and minds of West Texas flatlanders, it can loom just as large.

Shotgun Rider is a duo consisting of Logan Samford and Anthony Enriquez from two small Texas towns within short distances of Palo Duro Canyon. They have come together to share their stories of love and heartbreak that they hope resonate far beyond the Texas border, or the circuit of bars and clubs they play in the greater Texoma region. With a sound they self-describe as being part George Strait, and part Kings of Leon, they’re considerably country, but in a pragmatic and contemporary manner.

Just like their influences allude to, Palo Duro is a record of contrast. For the true country music fan, it can be difficult to traverse the first few songs. The adult contemporary style of the opening track “Me and a Memory” is not what George Strait fans will be hoping for. The steel guitar intro to the second song “Steady As She Goes” will be much more their speed, but the line from the song “Put my arms around ya, put you on the counter, and do the things you want me to,” veers a little too close for comfort to Florida Georgia Line’s infamous “I sit you up on a kitchen sink, and stick the pink umbrella in your drink.” 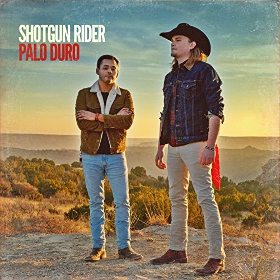 By the third song “Bottom of This Crown”—which makes reference to a Canadian whiskey often delivered in a velvet pouch—you begin to think you’ve stumbled upon a Texas version of Bro-Country, and this may not be a completely unfair assessment of certain lines and songs from Shotgun Rider. But the experience of Palo Duro ultimately reveals itself as being much more enriching and diverse, even if you have to dig deep or skip around to get there.

The melody and story of “I’m Not Alright” is something that ensnares like a Mayfly in a spider web. If you’ve been hearing hype surrounding Shotgun Rider and Palo Duro, it’s because of songs like this. As you head into the second half of the album, the quality songs and songwriting keeps coming with the heartbreaking “Lucky Him,” the deftly illustrative “Texas Rain,” and the wise beyond years “Time Don’t Turn.” Beyond anything else, this album is definitely a heartbreaker from cover to cover. Even when the production is more contemporary (which it is quite often), there’s still the twang from steel guitar, and that immediately-identifiable sad song aspect of authentic country that keeps you compelled.

Palo Duro is ultimately an album worth picking through at the least, whether you’re a George Strait/Alan Jackson fan on the hunt for tearjerkers, or you’re a Millennial who likes a little bit of the new school sound mixed with country. But Shotgun Rider also runs a risk by trying to appeal to both ends of the spectrum as opposed to finding a home somewhere, either in a scene or an established sound. The country divide is so polarizing, it can sometimes be unfair to ask fans to vacillate between the two worlds. Though Shotgun Rider shows great promise, it still feels like a young band, in both the excitement you feel about where they might be headed, and the fact that it feels like they still have some things to hash out about who they are.

Palo Duro is also just a little too slick, in both the production and the writing. Just a little bit of West Texas grit rubbed on to these tracks would have gone a long way. These two young men are talented no doubt, and they’ve let us know in Palo Duro they’re willing to cry. But we also want to know they can bleed. However, if you heard a record like this emanating from Music Row instead of West Texas, you would be singing its praises for the amount of authenticity and twang it captures. A good comparison would be William Michael Morgan in how Shotgun Rider hits at the heart of traditional country fans, while staying true to the time period we’re living in.

Some will fall in love with Palo Duro. Others will wonder what all the praise is about. But just like the flat Texas plains, sometimes it depends on perspective to see the beauty in something. And one of the lessons in life is to always seek to find that beauty.