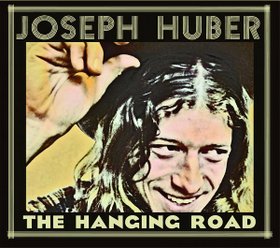 Songwriter and multi-instrumentalist Joseph Huber started out as one of the founding members of the formidable .357 String Band from Milwaukee, WI from which three stellar albums emanated between 2006 and 2010 before foundering under the weight of its own talent and forming the basis of three very earworthy solo projects from its respective members. Huber was known for his breakneck banjo and as one of the primary songwriters for the project, but when he went the solo route, suddenly his deftness as a composer shined through with such blinding insight and poetry, he abruptly elevated himself from a superstar picker with some cool songs to something worthy of great acclaim.

Joseph’s first solo record Bury Me Where I Fall was rough-hewn and hazy, but had a dark, poetic genius woven through its tracks that spoke to the mastery of songcraft Huber possesses. His second release Tongues of Fire was a lot more refined and hopeful, and showed the breadth of styles and themes that Joseph could paint in while winning him a wider audience. Joesph’s third album The Hanging Road offered through Muddy Roots Records on April 29th promises to be his most ambitious release yet, heavy with musical mastery and weighty themes, bred from the fiddle that Joseph Huber has shown favor to recently.

The now married Huber who also spends his time as a woodworker in Milwaukee is one of those country roots gems with potent tunes that impact the open heart with such resonance and penetration, it remains with the listener much after the music stops. The Hanging Road is an exposition of Huber’s multi-talented musical skill set, engaging and vibrant, yet humble and rootsy as he takes his country, folk, bluegrass and blues influences into heavy account.

The Hanging Road is offered for an exclusive first listen ahead of its April 29th release below.