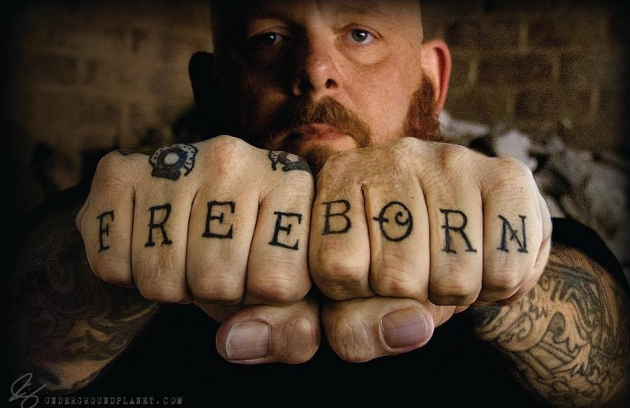 One of the underlying strengths that allowed Red Dirt music to emerge from the hard Oklahoma clay was not just the close-knit nature of the friendships between the founding artists. It’s that Red Dirt was a democracy from the beginning. Cross Canadian Ragweed, Stoney LaRue, and Jason Boland may have blown up into regional superstars, but these artists weren’t going anywhere without bringing their compadres along with them. Regardless of who may have been enjoying the best name-recognition or was touring behind the hottest record at the moment, the Red Dirt alumni all saw each other as equals.

As we all know, popularity and the quality/importance of music doesn’t always go hand in hand. In fact they rarely do. When you bring up the name of “Red Dirt Legend” Brandon Jenkins, it might not be as easily-recognizable to those from the outside looking in to the Red Dirt scene compared to Cody Canada, Stoney LaRue, or Jason Boland. But that doesn’t mean Brandon’s legacy holds any less importance. All you have to do is see the respect Jenkins receives from his peers to understand how crucial he is and was to Red Dirt, and why he earned the “Red Dirt Legend” handle many times over. The bones of Brandon’s influence on the music can be heard in much of what is labeled “Red Dirt,” and the case can be made that his song “My Feet Don’t Touch The Ground” is one of the most important and influential songs in the genre’s history.

But like so many of the great artists of our day, you have to dig to find Brandon Jenkins. But that’s okay, because if you’re a long-time fan, you have an intimacy and a sense of ownership with the music, and if he’s a new discovery, the reward is that much greater as you begin to delve into the backstory and musical output. Not many took notice when Brandon Jenkins announced he would be releasing a new album on February 9th called Tail Lights in a Boomtown. He’s released many records over his career. There was no big media push for the new record. There were no “exclusive premiers” or big interviews preceding or following the release. Instead it was Jenkins playing a run of shows to promote it, and purposely kept it intimate. It was just him, and his songs. 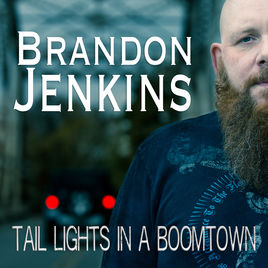 One of the reasons the news of health concerns about our favorite artists trouble us so much is because it reminds us that even the most prolific and long-lasting music careers still have an expiration date. And despite ailments, age, or the cloud of obscurity, as long as the artist still has a pulse, there’s the possibility they may write and record that next amazing gem that will touch us deep—another song like “My Feet Don’t Touch The Ground.”

And Brandon Jenkins very well may have done that on this new record, with the with the gut-punching and emotion-laden “Fade To Black.” Every great artist or songwriter must have at least a little bit of divination in them. Tail Lights in a Boomtown is a great record even if Brandon Jenkins was out there healthy and happy. However when you hear these songs and themes, and take into consideration the current events surrounding his complications from heart surgery, it makes this effort nothing short of haunting. “Fade To Black” may be the best example, but most all of the songs of Tail Lights in a Boomtown hold such a deeper meaning, you can’t help but be moved. It’s almost like he wrote this album knowing what would befall him shortly before and after the release.

Brandon Jenkins is not a club rocker like Cody Canada. He’s not the true country hero like Jason Boland. Instead, Brandon Jenkins carves out his niche with textures and influences that include rock, blues, and country elements combined, like much of Red Dirt. Don’t let the big, gruffy exterior fool you. He loves not just to tell stories, but impart positive vibes through his music, like in the song “Be The Revival.” It’s a similar approach to Stoney LaRue, who lends his voice to the track “High Time.”

Some country fans may take a little warming up to the voice of Brandon Jenkins. It’s a woody tone, that resolves in a warble at the end of phrases, but is more soulful (a la Chris Stapleton) than a twang. And on this particular record, the vocal is well out front in the mix. But once you get into the groove, Brandon Jenkins reveals himself as one of the more soulful singers out there.

All the love and attention flowing to Brandon Jenkins in the aftermath of his heart surgery and the subsequent complications that followed is because his fans know what he’s capable of when he sits down to write a song, or goes into the studio to record an album, and what a loss it would be to the world if these things were taken from us, and in this case, so prematurely. The emotionally-moving moments of Tail Lights in a Boomtown are the perfect example of the power of Brandon Jenkins to stir the soul, uplift the spirit, and impart a story that encapsulates the emotion of a moment near flawlessly.

Tail Lights in a Boomtown can be purchased on iTunes, and you can also donate to Brandon directly via paypal. You can also purchase “Hearts Beat for Jenkins” merch that will go to support his hospital bills.