Chuck Mead To Bring Memphis Vibe to “Close To Home”

From his important work with the throwback country outfit BR549, to his long and productive solo career, to numerous causes and enterprises behind-the-scenes few catch wind of, Chuck Mead has on the front lines of helping to save country music for a quarter century. On June 28th, the country throwback will release his fourth solo album via Plowboy Records called Close To Home, and this one promises to have a distinct Memphis feel to it.

“I really delved into the Memphis music scene when I was living there for four months,” Chuck Mead says. “I got to know a lot of people in the scene, and I’d known producer Matt Ross-Spang for quite a while. At night the cast would record at the original Memphis Recording Service (better known as Sun Studios) and that’s where I first met Matt. He was very young but was the head engineer and really brought the old studio back into shape. I started hanging out with him, and he kept talking to me about cutting a record in Memphis.”

There was a reason Mead was spending so much time in Memphis, and why it was looming so large in his mind. At the time, he was working as as the Musical Director, Supervisor, and Producer of the hit Broadway musical Million Dollar Quartet, and later he worked on the well-received CMT drama series, Sun Records. These projects brought the stories of the birth of country and rock and roll out of Memphis to a new generation through the characters of Elvis Presley, Johnny Cash, Jerry Lee Lewis, and Carl Perkins, and Chuck Mead was one of the people behind-the-scenes helping to make it all happen. 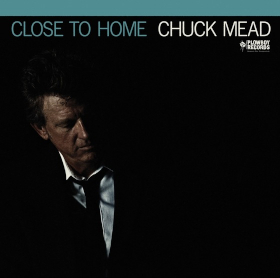 “I’ve recorded in some cool Nashville studios like the Quonset Hut, RCA Studio B, and The Castle,” Mead says. In fact his 2012 record was called, Back At The Quonset Hut. “But there was something almost supernatural about working at Phillips. You could feel Sam’s spirit. Matt wanted me to make a bigger record, something that was out of my box and I was all for it. So I turned it over to him and he took things in a direction I didn’t foresee. It’s probably the least-country record I’ve ever made, but at the same time, it’s really a country record.”

You can hear what Mead is talking about on the title track that he’s made available ahead of the record (hear below). Everything is still set in the throwback style that Chuck Mead fans are used to, but the epicenter is the shores of the Mississippi as opposed to the streets of Music City.

“I really wanted to make a record that was a little bit different from what I had been doing,” Mead says. “Looking back, I really have done that on every record I’ve made, because why make the same record every time?”

Memphis is a hot spot of old school music right now. Dale Watson recently made a partial move there from Austin, and took his annual Ameripolitan Awards with him. And with the rising rents of Nashville and Austin, many musicians are heading to the city in hopes of greener pastures. Chuck Mead’s Close To Home will be another entry into roots music’s move to Memphis.