Clay Walker is “Pissed Off” About Rock Artists Playing Country 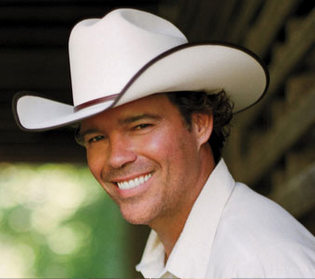 The last few weeks have seen a new wave of high profile rock artists make their way to the country format in hopes of revitalizing declining careers, most notably Poison frontman Bret Michaels who released a terrible country single called “Girls On Bars,” and Aerosmith’s Steven Tyler who released his first country single “Love Is Your Name.”

Country music carpetbagging is nothing new by any stretch. In 1968, country music was how rocker Jerry Lee Lewis got back into the music business, and similar story lines have played out in country music almost since its inception. Darius Rucker and Sheryl Crow are some other rockers who’ve made the move to country music recently, and with the rising popularity of the country format and the faltering of rock on radio, there’s no reason to think the influx will stop anytime soon.

It all brings up the question of the integrity of the country genre if the influx continues. Can country continue to delineate itself from other music with so many influences and artists from other sectors of the music world encroaching on country, and are country interlopers pushing more established and worthy country artists out of the spotlight? That’s what has country artist Clay Walker concerned.

“I can’t stand to see outdated rock-and-rollers coming in to play country music. That really pissed me off,” Clay Walker told The Modesto Bee recently. “We have great singers, great country musicians. There’s no reason we have to dilute it by letting people in the format that don’t have any business being in the format.”

Clay also took issue with the influx of hip-hop influences in the genre recently. “It’ll never be the same; we will never go back to the way it was in the ’80s or the ’90s or anything like that. Which is good,” he said. “This change in the music has definitely helped country music grow … When I was growing up in the late ’80s and early ’90s everyone loved hip-hop. That’s not new … But I do blame our format a little bit for feeling like we needed to add that element to our format.”

Clay Walker has been known to speak out about the direction of country music before, but it’s not always in opposition to the current tends. In January of 2014, Clay declared traditional country music was “dead,” and went on to say he wasn’t remorseful about that outcome. “I think it’s the perfect evolution and it’s the way it should be. It’s time. It’s time for that change.”

Wherever Clay Walker’s allegiances lie, he brings up an important point about rockers infiltrating country. With such a limited amount of space in the top heavy mainstream, is it best for the genre to allow established stars to strut in and pull away attention and resources from artists who’ve worked their entire careers for the cause of country? It’s likely to continue to be debated as the flow of older stars looking to re-launch their careers through country continues.

Songwriter and performer Will Hoge also questioned the trend recently, saying on Twitter, “New genre, ‘Carpetbagger Country: When Your Career Goes South, So Do You’…”