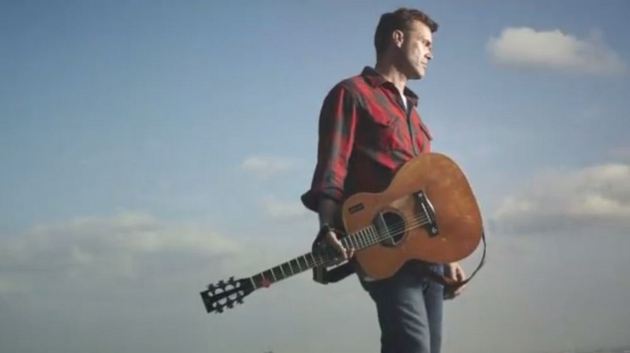 It has felt like a long, cold, never-ending Canadian winter since we last heard new music from Alberta-based country music artist Corb Lund. But like the chutes of green that come peaking out of the thawing tundra in a welcomed and well-deserved spring, the Canadian country star has put us on high alert that a new record is imminent, and it will be produced by the award-winning Dave Cobb.

Things That Can’t Be Undone is the title of the new 10-track effort, and it will be released on a yet-disclosed Friday in October. A new song called “The Weight of The Gun” is also in the not too distant offing. It will be Corb’s first album of new original music since 2012’s Cabin Fever—a work that won him a nomination for Saving Country Music’s Album of the Year for its crafty songwriting and cutting lyricism. Few can write with such wit and deliver with such weight as Corb. An album of previously-released but newly-recorded Sun Studios takes called Counterfeit Blues was also released in 2014. Like Corb’s previous three efforts, Things That Can’t Be Undone will be brought to the public at the behest of New West Records.

What’s new about the approach to the upcoming record is the addition of producer extraordinaire Dave Cobb. As Americana’s proverbial man behind the green curtain currently, pulling the levers of success for artists such as Sturgill Simpson, Jason Isbell, and a horde of others, he has grown into the producer du jour for the latest generation of independent country artists. The Corb / Cobb collaboration has reportedly resulted in the most stylistically-diverse album from the Canadian country star to date. And that’s saying a lot considering the quality of output Corb has been responsible for over his career.

Corb Lund is a true Canadian cowboy who grew up on his family’s farm and ranch in southern Alberta. He began his music career as a founding member of the rock group The Smalls before transitioning to country music in the mid 90’s. Corb’s backing band The Hurtin’ Albertans have been with him since the beginning.

Aside from these aforementioned items, further details on Things That Can’t Be Undone are scant. But to wet our whistles, Corb has released a teaser video that includes snippets of songs from the album.

Who’s ready for some new music?! ‘Things That Can’t Be Undone’ produced by Dave Cobb coming this October…