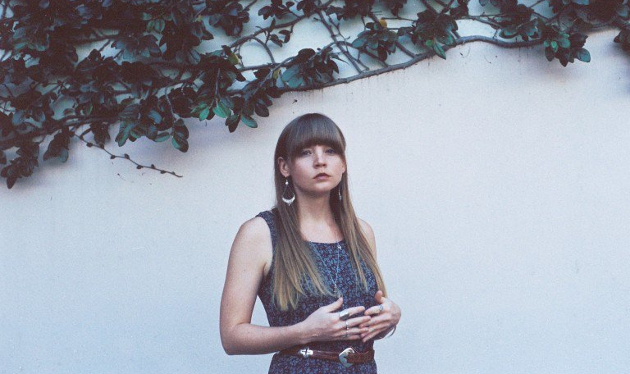 Life has a way of selling us on lies that seem so promising and resolute when we embrace them, but ultimately reveal themselves as the antithesis of discovering our true selves. Music in some cases stokes these fanciful ideas and pursuits, nudging us into parts unknown in search of something that in many cases is just not there, or at least not there for most of us.

It’s the “Ramblin’ Man” of classic rock and Outlaw country, and the free spirit of folk that inspires us to take like a bird to flight and follow wherever the Universe takes us. It’s these romantic Kerouac notions that set the young American adult in tumultuous motion. Sooner or later youthful indiscretion and wanderings usually give way to the wisdom of life, and usually, the understanding that love and family is the underlying nucleus of everyone’s human experience, and the essential ingredient to happiness.

It has been a long time, if ever with this amount of effort and coloration, that a songwriter has captured this “sowing wild oats, and then settling down” arc in life as Courtney Marie Andrews has done so eloquently in her LP Honest Life. Courtney can sing about these subjects because she lived them, and she lived them through singing. Leaving home at 16-years-old to become a busking musician up and down the West Coast, and later in parts east and all the way to Europe, she eventually made a name for herself as a singer beyond street corners, finding an audience with artists like Jimmy Eat World and Ryan Adams, and singing backup on some impressive stages. 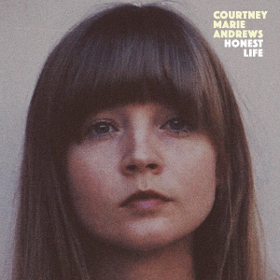 But this wasn’t her, or at least it wasn’t her for the long-term. Like many of us, she had to live that experience to come to this conclusion, but the important thing is she did, because it resulted in her most original and impacting work yet, and one that puts into words something many of us have lived through, and others will very soon.

Honest Life sets itself apart from other projects by capturing emotions in words with an uncanny amount of accuracy to the emotions themselves. And while doing so, it also presents one of the best songwriting performances you can find in the modern era. The way Andrews takes a very personal story and makes it about herself, anyone specifically, and everyone generally on “Irene” is a methodology that instigates marvel. The honesty of “Put The Fire Out” and “Honest Life” in how they brashly admit to mistakes and fallacies so many find difficulty in fessing up to is a mark of bravery. And “Only In My Mind” is heartbreak defined.

And isn’t it ironically resplendent that a record about wanting to spend more time at home planting roots results in Courtney Marie Andrews finding her moment of the most national and international acclaim and attention of her career. Honest Life as we enter the latter stages of the year is making its way onto many of the short lists for one of the best efforts of the year.

Presenting Honest Life to the readers of Saving Country Music comes with a bit trepidation because this is not a country record, but more of a folk rock record with some country moments, and this is especially true of the first half. But listeners, especially those who are receptive to folk and Americana, or of top-level songwriting, are encouraged to stick with this one and give it a few listens to reveal its beauty and genius.

Our favorite albums and songs many times go on to define the important eras in our lives because it’s what we’re listening to at that time. This album defines an era in life in a similar manner, but it a way that resonates whether you’re heading into, currently living through, or recalling the time in life when you truly become yourself, slough off the youthful pride and fanciful notions that freedom at all costs isn’t its own form of prison, and are ready to love the people who will always love you back, whether you’re coming or going.