Criticism For The Triggerman 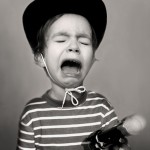 There has been a lot of talk about criticism lately, the nature of it, where to draw lines, etc. Some of it stems from the controversy over whether Taylor Swift’s song “Mean” is about me or somebody else. Some criticize me for even wondering, calling me egotistical, and some are critical because they’re worried I’m selling out by focusing on pop country celebrity-style drama. Simple fact is, Taylor is the biggest threat to the integrity of country music of our generation, and if you’re wondering if I should focus on it, read the name of the website. I don’t expect everyone to read everything I write. If its not your speed, move on.

Tay-Swizzle may hate criticism, or my criticism specifically, but personally, I love criticism. And the better the criticism, the more thought out and researched it is, the more I love it. It keeps me on my toes. It makes me work harder to make sure my assertions are solid. Any artist or writer, or really anybody should embrace and encourage good criticism. Good criticism can breed conflict that can turn into resolution and understanding. And when it does cross the line to personal name calling, I absorb it, and turn that negative sentiment around, kind of like when Joe Buck does his song “Planet Seethe” live, where he calls out to people to scream “hate!” at him to get the hate out of their system, and turn that energy around to the positive.

And sometimes the criticism is just funny, even when it is not intended to be. I always have to laugh about the wild-eye assumptions people make about me in negative comments, and Taylor Swift followed suit in “Mean.” Well I’ll measure the meanness of the criticism I’ve received over the years over Taylor’s any day. To illustrate, I’ve put together a small sample size of actual comments left on this site, and we’ll see if saying “Taylor Swift Is Not Country” or “Taylor Swift Can’t Sing” holds up to this filth. Virgin eyes turn back now.

Go suck you mother’s dick. This was a shitty article. I hope this was the last thing you ever type because you are a dumbass. PATHETIC.

Triggerman huh? Are you trying to be like John Wayne?? Jackass”¦you probably live in your moms basement and write these reviews.”¦you are one of those big headed people who think just because you don’t like someone that everyone else should hate them as well”¦so keep writing reviews”¦people like when you make a jackass out of yourself. I’ve always been told”¦two things come from Texas and that’s steers and queers”¦just putting it out there.

i agree, the triggerman is prolly some dumbass city boy that aint never had to actually live for himself, fuck this, you got alot of balls to hate on someone making something of themselves welcome to the sticks dumbass!!!!!!

FUCK YOU TRIGGERMAN! I feel the urge to drive down to Texas and beat the fuckin shit out of then shit on your face then put my boot up your ass. Eric Church is the shit and aint showin any signs of stoppin. Some of the best fuckin music out there and for sure is savin music from turning pop. he is the realest shit out there and always will be. so traditional every song deserves number one status. So fuck you and your opinion.

Love his music, hate his music. Either way I would pay for a ticket to see this elephant dump on your face. I might also add that I would like to be in attendance when you’re being force fed poo.

triggerman, you are a moron and must like railing man butt as much as kenny chesney, go kick rocks.

You dudes are gonna eat your own shit when u hear it. (about Shooter Jennings’ latest album)