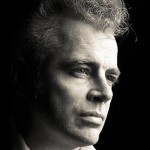 Dale Watson‘s gray hair may be filling in nicely, but he’s not slowing down. On the heels of his recent release The Sun Sessions, he is releasing a video for each individual song with the help of 2020 Memory Productions. He’ll also be doing an exclusive tour with his “Texas Two” lineup come January in Europe. But at the moment he is also mourning the loss of his long-time bass player Gene Kurtz, who passed away over the weekend.

Gene Kurtz was way more than a bass player. Most notably he wrote the huge hit “Treat Her Right” that has been recorded by over 30 artists. He performed on Edgar Winter’s critically-acclaimed album Entrance. And though folks might not be quick to think of Dale Watson’s Lone Stars as allies of industry, Gene held the honorable distinction of being a member of the National Academy of Recording Arts and Sciences, meaning he had a vote in The Grammy Awards. And according to Dale Watson, there’s nobody else you rather have out on the road with you.

Triggerman: You had legendary bass player Gene Kurtz who just passed away share the stage with you for many years. Can you share some thoughts about Gene for folks who may not know much about him?

Dale Watson: I only had great experiences with Gene. The one thing I would describe him as is the most consummate musician there ever was. He was the road warrior of all road warriors. Even though he started touring with me in his 50’s, he never complained, not once. He took everything like it came. He was a professional road dog. As far as the music, he was always the most prepared. He wrote charts for the band when we needed it for TV shows and stuff like that. He was the most experienced music wise. Knowledgeable, but he also rolled with the punches. The Indian name we gave him was “Last Man Standing” because he was always the last guy at the bar, making friends with whoever, but he was the first one up in the morning. He was just the most professional guy as far as being a musician. Off the stage, he was the funniest guy I ever had in my band. He always had a pun ready for you, and had a million stories.

Triggerman: How long did he play with you, and when did he stop?

Dale Watson: 7 years. He stopped playing with me when we thought he had COPD. We noticed him slowing down, he didn’t slow us down, he just wasn’t the normal Gene Kurtz who was always ahead of us. On the last European tour we thought something was wrong, and he went and got checked out. They just said it was pneumonia, which is still a pretty big deal when you’re traveling. But we realize in hind sight what was really in place is he already had stage 3 cancer, they just didn’t catch it. But he was still touring. Like I said, he never complained. His doctor told him “You can keep doing what you’re doing and live 10 years, or continue and live 2.” So I told him to get off the road. And he did, and he didn’t. He still toured with James Hand some, because he did what he loved.

Triggerman: There seems to be a lot of interest lately in the Memphis sound and Sun Studios, and of course last week you just released The Sun Sessions.

Dale Watson: It’s weird that it coincided with a bunch of that stuff, because I’ve been in and out of the Sun Studios for almost 15, 18 years. And just this year everyone seems to be going in there.

Triggerman: Where did you get you inspiration to do this whole album at Sun Studios?

Dale Watson: Back in 2000 I did a Christmas record there. I didn’t make a big deal about recording at Sun, it’s just what we did. Then I did a little vanity project I just sold off the stage, 1,000 copies of a thing called “Dalevis”, kind of like what Chris Isaak is doing, but raw, more in the style of old Sun. I’ve always wanted to do this record there, or a record like this. When we had a gig get canceled in Memphis, we’ll make a bad situation good. Just all the stars lined up to do the album.

Triggerman: So it’s just one take stuff? Just go in there and throw it down?

Dale Watson: 7 of the songs I wrote on the way there. Some of the songs may sound unrehearsed, but that didn’t bother me because that was kind of the vibe that those guys had when they recorded their stuff back in the 50’s.

Triggerman: There’s a distinct Johnny Cash vibe to the album. 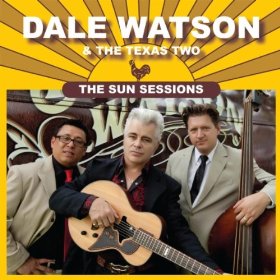 Dale Watson: That was no mistake (laughing). Elvis and Johnny were the biggest influences on me of the Sun folks. When I wrote the songs I kept that in mind. Johnny’s just been a big influence on me lately.

Triggerman: How was the approach different between The Sun Sessions and another album of yours, From the Cradle to the Grave, that also had a Johnny Cash vibe, that was recorded in Johnny Cash’s old cabin owned by Johnny Knoxville? When you were writing these songs, was it a similar approach?

Dale Watson: It was way different because I had my whole band there. I wrote the songs, me and the band, staying up there for 10 days. The instrumentation of the bands opened it up to more things, from Roy Orbison to that Waylon Jennings groove. I would’ve never done that 1/2 time groove at Sun Studios. It just wouldn’t feel right. The Sun Studios, the magic of that sound, if you go in there and record a reggae album it’s just not going to mean anything. There’s something about that room, and the birthplace of roots music, and the blending of roots music. The big boom happened right there. The frequencies coming out of that room seems to bless the roots sound. You put something more progressive in there, well that can be recorded anywhere.

Triggerman: It seems like over the last few years, Dale Watson and Austin, TX have become one in the same. Your name is all over the place down here. It seems like every time I watch the news, you’re playing some benefit. You seem to have a sense of community with the town of Austin. Is this just a symptom of the fact that you’re a workaholic and you’re always playing and you happen to live in Austin, or are you trying to make a purposeful effort to become part of the Austin music legacy?

Dale Watson: This town, whenever it sees anything that needs help, they jump on it. And if my schedule permits it, I’ll be one of the first ones to volunteer. That’s the beauty of this town, the love to help each other. That’s probably why the music scene has thrived so much. People support live music. So the live music supports the people.

Triggerman: In the early and mid 2000’s, it seemed like you, Wayne “The Train” Hancock, and Hank Williams III were kind of like the Three Musketeers. Before then, there had always been a honky tonk circuit, but there had never been an underground in country music like there was in other genres.

Dale Watson: We were definitely the loudest mouths (laughing). We had been in that mindset for so long, I think we’ve all kind of mellowed. We got where we were preaching to the choir of the folks that would listen to us. I think that all of us have learned to say our opinions when they count now. At some point you get repetitious, and you come across as bitter, and that’s not what any of us want to do. We’re trying to make a point, and now I think we’re doing it more with our music than our mouths. Even though we did it with our music before, we’re just less vocal about it. I’ve read some stuff at Saving Country Music, and that’s great, that’s what we need. Thanks to the internet, a lot of things have changed. People know where to go to be pointed to the next thing coming up to Save Country Music.