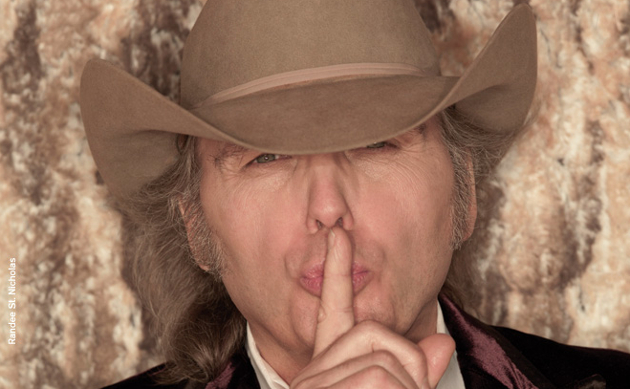 Dwight Yoakam’s secret is out.

Though he may be most associated with West Coast country, early cowpunk, and the Bakersfield Sound, and he may have spent much of his career rubbing elbows with actors in Hollywood, but he’s originally from Pikeville, Kentucky, and those who listen intently to his sound understand that the bluegrass influences have been strong in his music throughout his career.

Well now all of those bluegrass influences will be rising to the surface, and peaking their little heads out in the form of a new record. On September 23rd, Dwight Yoakam will release his first exclusively-bluegrass album called Swimmin’ Pools, Movie Stars—perhaps playing off the fact that his life followed a similar path to the Beverley Hillbillies to California. It will be released through well-known bluegrass label Sugar Hill Records.

According to Juli Thanki of The Tennessean, the record will be comprised of bluegrass covers of many of Dwight Yoakam’s biggest hits, and is co-produced by Yoakam and Gary Paczosa. Players on the record are said to include Bryan Sutton, Stuart Duncan, bassist Barry Bales, Adam Steffey on mandolin, and banjo player Scott Vestal. In other words, Dwight had drafted some ringers for this one.

Though there is no word of a track list just yet, Swimmin’ Pools, Movie Stars is available for pre-order on Amazon.