Flatland Cavalry Gets Big Opportunity To Open for Luke Combs 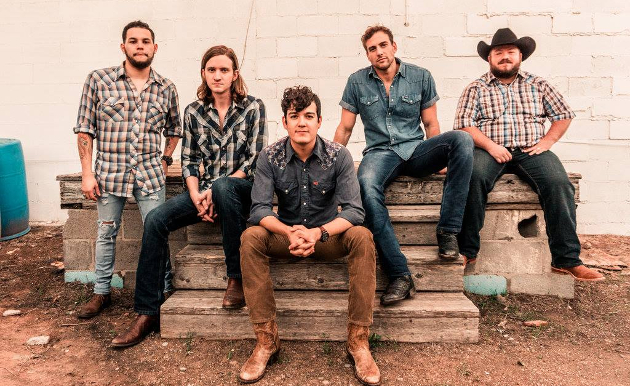 Luke Combs doesn’t need any help selling tickets on his currently sold-out “Beer Never Broke My Heart” tour. He’s arguably the biggest artist in all of country music at the moment. But he’s calling in the cavalry for his show Saturday night (12-7) at San Antonio’s 18,000-capacity AT&T Center anyway. Combs has tapped the fast-rising Flatland Cavalry as one of the openers for the show, and it will be a big opportunity for the Texas country band on one of the biggest stages of their career.

Led by singer and songwriter Cleto Cordero, the Lubbock-based band grabbed people’s attention with their debut album Humble Folks in 2016, drawing comparisons to the Turnpike Troubadours and other top shelf Texas/Red Dirt bands. Like a lot of Texas music, the melodies might be infectious, and the music might groove, but songwriting is always at the heart of what’s happening, as well as a tie to the musical lineage of Texas through the cut of the fiddle.

Flatland Cavalry released their newest album Homeland Insecurity on January 18th, and after finishing their college obligations, have been making a run at taking their sound nationwide. They just finished playing a West Coast tour in November, and are slowly creeping up in font size on festival posters as an emerging headliner. Perhaps proving they can bring it on a big stage will allow them to hop on some other big tours heading out of the Lone Star State, or even be considered for a San Antonio Rodeo of Rodeo Houston berth in the coming years.

The band also just released a new song called “Sober Heart of Mine” as part of The Next Waltz Vol. 2 compilation. Their tour continues on through December and January, and they’ll be playing with William Clark Green on multiple dates in February.

If you’re going to see Luke Combs in San Antonio, make sure to get there early and take in Flatland Cavalry. Jameson Rodgers is also one of the openers on the date.