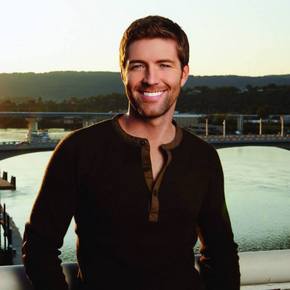 There’s delays, and then there’s delays that stretch out so demonstrably long, there’s clearly something amiss.

2015 has been the “Year of the Delays” in country music. The Band Perry delayed the release of their new record Heart + Beat because of a struggling debut single. A similar story appears to be developing for Gary Allan, who had his debut single “Hangover Tonight” flop. Even the American Country Countdown Awards (which flopped in the ratings last year), have delayed their “annual” December presentation until next spring, if we even see another installment of the struggling awards show.

But none of them can top the ridiculous delays of the MCA Nashville-signed Josh Turner‘s long-anticipated and currently TBA sixth release. This thing was considered ploddingly long in coming and and potentially missing in action nearly a year ago. Now for many Josh Turner fans, the situation has reached a critical mass state, and folks are starting to demand answers. Is Josh and his music being held hostage? At this point, what plausible explanation could be given to justify all the delays?

Let’s first start by trying to construct a timeline of how we got here.

Josh Turner released what was supposed to be the debut single from the new album called “Lay Low” way back on September 15th of 2014. Appreciate that even when this single was released, Josh Turner fans were already a little restless. His last record Punching Bag was released way back in June of 2012, so at that point it had been over two years since a new album had been released—pretty unusual for a major label artist. The single did, well, okay. It hit #25 on the Airplay charts, and #28 on the Hot Songs chart, and this is where the seeds of the delay may have been sewn. Major labels like debut singles to blaze. Otherwise they can take it as a sign the career of an artist might be starting to fizzle.

Then on November 3rd of 2014, Josh Turner held a private event for select press and industry personnel at the SoundCheck rehearsal space in Nashville to preview the new record—a regular occurrence as part of the run up to a major label release. Turner played numerous songs from the still unnamed album, including a song written by Craig Wisemen called “Bench Seat,” a ballad called “Wonder,” and a potential radio single called “Where The Girls Are.” Later, refreshments were served as Randy Travis songs played in the background. Josh Turner told the assembled crowd at the time the album was, “a session or two away from being done,” with an estimated ETA in early 2015.

Then on April 30th, Josh was interviewed by radio.com where he admitted his new record was a “long time in the making,” but also said it included the best songs he could find in a two year span. But still, no release date, album title, or even a general ETA.

So what happened? How did an early 2015 album turn into an still TBA album heading into 2016? The answers might lie in an interview Josh Turner conducted in September.

“I think there’s too much gratuitous [music] out there right now. That’s what gets old to me,”  Turner told The Boot. “I’ve always tried to make my music positive, but life is not always positive, so I’ve always just tried to write and record songs about real life. There’s some things I refuse to sing about, but overall, when I make a record, I want people to walk away from that record feeling better about life and about themselves than they did before they heard the record.”

These quotes, along with the under-performing single and other signs seem to point to a creative struggle potentially occurring between Josh Turner and his label, MCA Nashville. Josh also said in the interview, “I’ve been working on this record for about 60 years now, it seems like anyway. Nobody is more ready to get it out there than me. We’re hopefully going to have a new single out in the next month or two, and hopefully we’ll get it out sooner than later. I’ve been going back in, making some last-minute changes and making sure everything is right.”

Another month or two passed, and now three months, and still no new single, and no new news of when we might expect Josh’s new record. Also by Josh saying, “Nobody is more ready to get it out there than me,” he appears to be indicating the delays aren’t his doing.

Unfortunately all signs are pointing to the all-too-common occurrence of when a label doesn’t know what to do with an artist, and an artist doesn’t want to compromise, and an internal (and sometimes external) struggle ensues. We really don’t know what’s going on with Josh Turner’s new album, but we do have a pretty good indication the delays are not on his end.

After years of getting admonished publicly by artists who were either fed up with delays, or tired of being told what to do, labels began to write in non-defamation and non-disclosure clauses into contracts, tongue tying artists from speaking publicly. And even if such clauses don’t exist in Josh’s case, sometimes artists still can’t speak out or let their fans know what’s happening directly because it might jeopardize critical negotiations or potential legal proceedings moving forward.

Every artists should have the right to the free flow of their creative endeavors to their fans. Though Josh Turner may not be in a position to speak up, his fans are, and potentially should, and should start asking of MCA Nashville why there’s no movement, and no answers about Josh’s new music.

Josh Turner is an artist who resides in the mainstream world, but finds a lot of favorable sentiment in the traditional, classic, and independent country ranks. An artist like Josh Turner symbolizes a pragmatic performer who can bridge the commercial with the critically-minded. And with the recent success of Chris Stapleton, it’s clear consumers are looking for artists with greater authenticity. Country music needs artists like Josh Turner, and Josh Turner needs to enjoy the free flow of his music to thrive and grow as an artist.