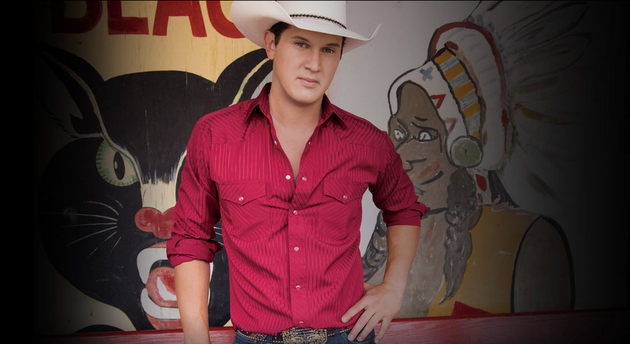 From the “If 90% of mainstream country music sucks, then 10% of it must be good” file, songwriter and performer Jon Pardi has just released an EP called The B-Sides 2011-2014 through Capitol Nashville, and it’s not a bad listen at all. Billed as a tide over for fans until a new album is ready to go, the release includes what was left when the final track listing was accumulated for his January 2014 debut Write You A Song. Though Pardi has only been responsible for one full-length album, the 30-year-old has been writing and performing songs for a lot longer, including some signature tunes that didn’t make the debut.

Jon Pardi resides in a similar realm as songwriter and performer Eric Paslay. Both are major label artists who are residents of the lower level of name recognition in the mainstream, but have also scored some chart success and seem to be able to exert a little creative freedom in their music. Where Paslay’s style is a little more progressive, Pardi is the traditionalist. His Top 10 hit “Up All Night” might be the first time (and last) we’ve heard steel guitar in a top song in years.

Strong jawed and looking like he’s just been plucked from the cornfield, the Northern Californian has as much authenticity as his Southern-raised counterparts. His hometown of Dixon holds the Guinness World Record for the largest corn maze, and the aerial view of the town looks like a patchwork quilt from the squares for crops surrounding the community.

Just like Paslay, Jon Pardi will go a little “bro” on you in certain songs, but Pardi makes up for it by going hard to the fiddle, steel, and Bakersfield-inspired Telecaster that makes him hard to hate. 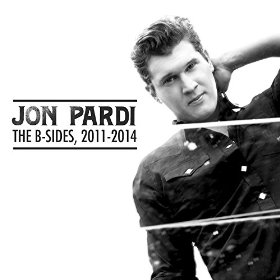 Making The B-Sides 2011-2014 an interesting case study is we get to see what Jon Pardi and/or the label rejected on the initial go-round. Wouldn’t this be a compelling exercise with an artist like Kacey Musgraves and others whose debut album arrived with curious omissions of early career songs that arguably are better than what made the final cut? Pardi’s high energy romp “Drinkin’ With Me” was a fan favorite before the first record came out, and luckily we get a studio rendition of the song on this new EP.

Some will point to “Drinkin’ With Me,” and especially “Back On The Backroads” as Bro-Country offenders that can’t be unheard, and this will hurt the prospects of certain fans considering anything Jon Pardi does in the future as a good listen. But the simple truth is these two songs are certainly the funnest songs of this six-song EP. On the surface they may come across as inexcusable, but remember, some of these compositions track back to 2011—before “Bro-Country” was even a thing.

Listing off country-isms is not bad in itself. It’s the prevalence, and the reliance on them, and mixing them with non-country elements that makes Bro-Country so offensive. “Drinkin’ With Me,” and “Back On The Backroads” are not only very fun, they’re very country. That’s why they likely were rejected for the original release.

The first song on the EP “Fightin’ The Fool” almost reminds you of Hank3 with the opening line, “I’ve been down to the bottom of a bottle, I live my life stuck in full throttle,” but it reveals itself to be much more self-reflective than hellraising by the end while the fiddle remains high in the mix and a steel guitar drifts in and out. The love songs “Rainy Night Song” and “Over My Head” rival any of the love cuts that made the debut LP, and “Borrowed Time” is The B-Sides’ touching, reflective moment.

On Pardi’s Write You A Song debut, the country elements were measured for the most part. But on this EP they’re right out front. It makes you wonder how often this happens with albums, where artists record a gaggle of songs and the most country offerings get shuffled off the track list. Whether it’s a lower tier star like Jon Pardi, or a superstar such as Luke Bryan, in many cases these artists would like to release songs that sound more country, but don’t always get the chance. Pardi’s debut LP was pretty country too, but The B-Sides 2011-2014 shows that sometimes the best stuff gets left on the cutting house floor, and how it’s a challenge in the current environment for the best songs and the most country songs to get heard.

The B-Sides isn’t just an interesting case study though, it is also entertaining, and further evidence that Jon Pardi could be one of the major label artists that could rise up and offer an alternative in the mainstream space, while still holding an appeal with younger and more passive listeners.