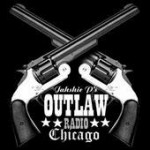 Jashie P Nutting, podcaster of Outlaw Radio Chicago, and operator of the Outlaw Radio Chicago network on Shooter Jennings’ blackcountryrock.org site, as well as a contributor to Shooter’s new “Moonrunners” blog site and a lieutenant in Shooter’s XXX music movement, threatened assault towards me, the lovable huggable Triggerman on Tuesday night (1-3-12). Jashie is also the frontman and mandolin player for the punk roots band “Last False Hope”, who has such uplifting songs as “Giving Up God For Lent”, and whose LP “Methlehem” will be released later this year. And no, it’s not a bit. Their angle is to insult people of faith.

…the one time he met Steve and I he kissed our ass to get out of a beating, and then the next day continues his online pussy rants. We will see him again in September. It won’t be the same as the past when I let things slide for being the “good guy”.

For the record, Jashie is referring to the Muddy Roots Festival in Cookeville, TN for this September encounter. I sure don’t remember kissing anyone’s ass to get out of a “beating”, seems like something I would remember. And I believe there’s about 1,000 other witnesses that could vouch such an altercation did not happen. I was too busy to kiss anyone’s ass over the weekend except for the band’s whose gear I was schlepping on and off stage. And even though at some point I was apparently on my knees begging for his mercy with my lips firmly implanted on his maximus, also have absolutely no idea who “Steve” is.

Then a few of Jashie’s friends join in on the threats. Someone named Chris Whooten says:

Do it Texas style and bust a beer bottle over his head….sounds like he deserves it.

For the record, I live in Texas, was born and raised here, and don’t have any knowledge of smashing beer bottles over people’s heads is more common in Texas than anywhere else.

Then someone named Jonathan R Goldyn offers to Jashie, “Do you want me to call my people?” and Jashie replies “Yeah Johnny. Thanks! Punx Unite!” And then Jonathan says, “Fuck yeah bro some buddy gonna get shanked”.

Find a complete screen shot of the conversation below.

Unfortunately neither Jonathan nor any of his scuzzy friends showed up to “shank” me, which was disappointing because I was really looking forward to being stabbed with a crudely fashioned prison instrument when really since we’re both on the outside, a real knife would’ve done just fine. My guess is they instead took some Xanax and picked their noses for 4 hours till they fell asleep. Because they’re hardcore like that.

However I have never threatened Jashie P, insulted him, or otherwise acted inappropriately towards him in or out of any context. Folks who feel differently are welcome to leave their thoughts, evidence, links, screen shots, etc. below, but violence and threats of violence are never justifyable, and always unnecessary. Either enact violence, or don’t enact violence; there’s no reason to talk about it. That includes when in good nature, we’re picking on some pop country guy on SCM and someone thinks its funny to threaten taking a tire iron to him in a dark alley. We’re better than that. Nothing justifies violence except stopping violence itself.

There are many reasons I am posting this. I will assume an intelligent reader and not list all of them. One reason though is because I sincerely want to apologize to the Saving Country Music reader, and the underground/independent roots music community for bringing Jashie into the fold in the first place, and giving him an outlet. Folks that want to call me a crybaby or a pussy or an asshole for posting this, there’s a space for you to do so below. Unfortunately Jashie won’t be able to, because he is now permanently banned from Saving Country Music.

Jashie is going through a tough time in his life right now and I understand that. On a personal level I have voiced serious concerns to Jashie about his well-being many times, and he has decided to take these honest homages as insults. I sincerely hope the best for Jashie & his family, but we all have personal tragedies at any given time in our lives. The only difference is how we decide to share those tragedies with others, and if we use them to create understanding, or somehow justify bad behavoir. 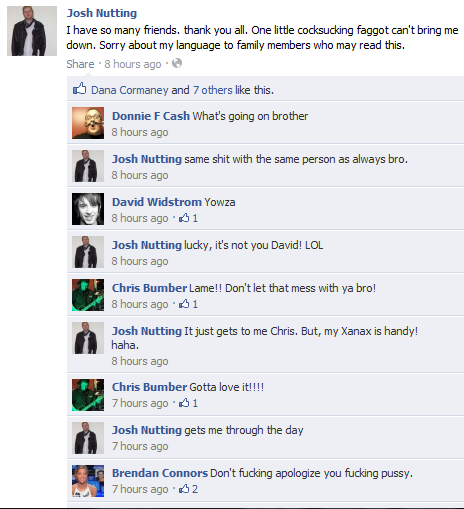 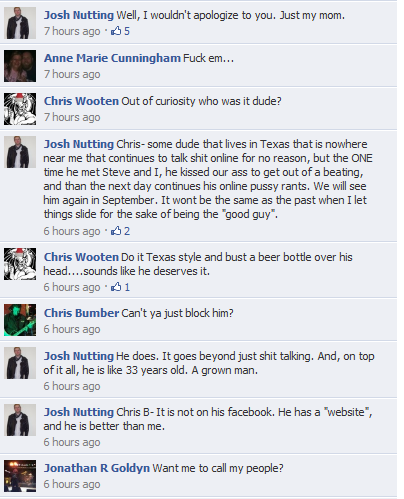 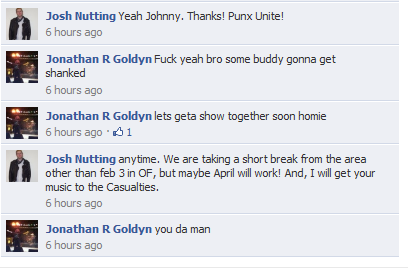