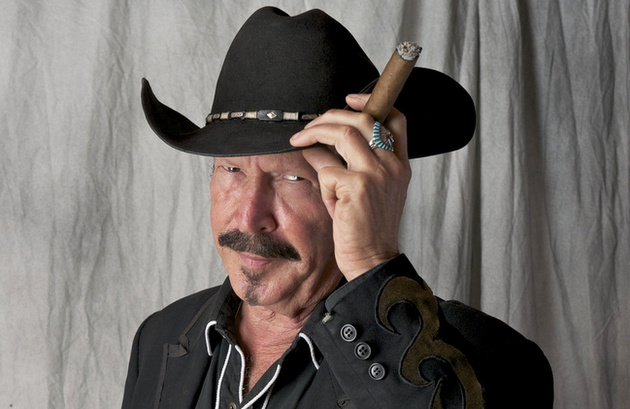 Kinky Friedman will release his first new studio album in nearly four decades when he unleashes The Loneliest Man I Ever Met on the masses on October 2nd. Following the release he will embark on a 35-date tour starting October 9th.

A Jewish-American, Kinky was a seminal part of the Austin, TX music scene in the 70’s when Willie Nelson, Jerry Jeff Walker, and songwriters like Guy Clark, Townes Van Zandt, and Ray Wylie Hubbard helped revolutionize country music with their independent spirit and progressive approach. Kinky was one of the hucksters of the movement, releasing songs such as “Asshole From El Paso” (a Texas take on Merle Haggard’s “Okie From Muskogee”), “They Ain’t Makin’ Jews Like Jesus Anymore,” “The Ballad of Charles Whitman,” and social commentary songs such as “Sold American.” Kinky recorded an Austin City Limits episode during the inaugural season of the series, but it never aired due to its offensive nature. 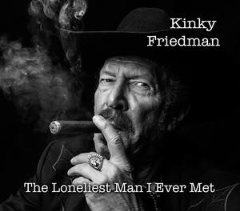 Friedman toured with Bob Dylan, played Saturday Night Live as the musical guest, but after his full-blown music career in the 70’s, Kinky moved to New York City and began writing a world-renown series of detective novels, many of them starring himself. Since then Kinky has been known as a Renaissance man of sorts, acting as radio host, columnist, and even running for elected office in Texas on numerous occasions, including receiving 12.6% of the vote in the 2006 race for Texas governor.

Over this time many live albums and compilations were released, but The Loneliest Man I Ever Met will be the first concerted studio album from Kinky since 1976’s Lasso from El Paso. Some of the songs said to be on the new record include covers of Merle Haggard’s “Hungry Eyes,” Tom Waits’ “Christmas Card from a Hooker in Minneapolis,” Bob Dylan’s “Girl From The North Country,” and Warren Zevon’s “My Shit’s Fucked Up.” He also performs Willie Nelson’s “Bloody Mary Morning, ” with Willie helping to supply the vocals and playing guitar. The album also includes numerous unheard original songs from Kinky.

Kinky’s also known as a distinguished connoisseur of cigars.