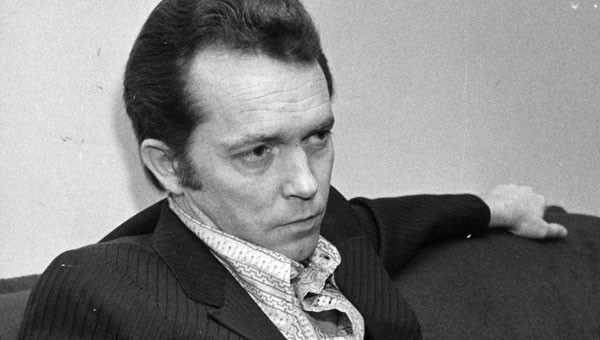 One of the most important, influential, and successful producers in the history of country music has passed away. Billy Sherrill, known as one of the fathers of the “Countrypolitan or “Nashville Sound,” and a Country Music Hall of Fame and Musician’s Hall of Fame inductee, died Tuesday (8-4) morning due to illness. He was 78-years-old.

Billy Sherrill was born November 5, 1936, Phil Campbell, Alabama, and showed interest in music at an early age. He played saxophone in blues bands, and even signed a record deal as a performer, but this is not where his eventually success would stem from. In 1962 Billy Sherrill moved to Nashville where he was hired by Sun Records impresario Sam Phillips to manage the Memphis-based company’s Nashville studio. Later Sherrill would move on to become Epic’s in-house producer and work on numerous pop records.

Sherill’s background in pop is where his most lasting influence on country would stem from. After watching an audition by Tammy Wynette, Billy signed the country singer to Epic, and so began a legendary partnership. Sherill co-wrote Wynette’s signature hit “Stand By Your Man.”

But that is just where Billy Sherrill’s country career began. He started working with country icon George Jones in 1971 (who was once married to Wynette), and produced albums for George Jones all the way up to 1990. Sherrill was responsible for producing the George Jones hit “He Stopped Loving Her Today”—the song many consider the greatest country music song of all time—among many other hits. Sherrill was critical in convincing Jones to cut the song, and to stay true to the song’s melody.

Though Sherrill was considered one of the driving forces behind the softening of country music in the 70’s, he also worked very specifically with numerous of country music’s defining Outlaw artists, including producing virtually all of David Allan Coe’s recordings, and many of Johnny Paycheck’s biggest records. Sherrill also worked with Johnny Cash later in his career, including on Cash’s recently-released “lost” album, Out Among The Stars.

Billy Sherrill was married to his wife Charlene for 54 years, and is also survived by his daughter Catherine Lale, and grandchildren Samantha and Matthew.

Country music would not sound the way it did, or be as successful as it was if it wasn’t for the work of Billy Sherrill. He was the true behind-the-scenes guy who made sure some of country music’s songs made an indelible mark on the listener.