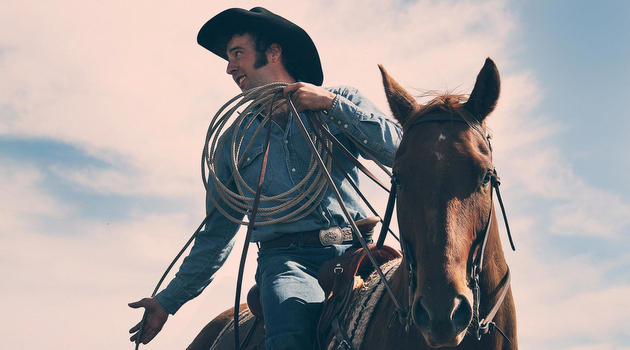 Hear Ye! Hear Ye! Hear Ye! All of you Old Farts and Jackasses, all of you neo-traditional non-conformists, all of you street punk scallywags with your greasy hair and tattoos, all of you throwback hipsters who feel like strangers as soon as you walk out the front door into a mad, mad modern world and are unwilling to pay your penances at the alter of pop country, have I got a treat for you.

From the wild lands of Wyoming comes a by-gone man with a by-gone sound traveling under the name Luke Bell. With his dog and his 1995 Buick LeSabre, he comes trekking through the fog of obscurity to sing you some good country songs in the old-fashioned way. This semi-drifting cowboy with no master plan or purpose first got stung by the music bee while living in Wyoming, playing in bars here and there until he found himself heading south to Austin, TX where he fell in with the hard-working honky tonk crowd that drifts back and forth between the Hole in the Wall and the White Horse Saloon in that overcrowded and overserved music metropolis, trying to make a name for himself until he recently decided to take the LeSabre to parts farther east and landed a gig in the house band at the divey Santa’s Pub in the southern part of Nashville. 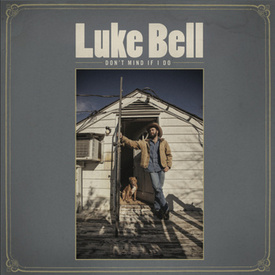 But the part of this story that most concerns you is that Luke Bell puts together his songs and releases them in albums upon occasion, and one of those such occasions went down on June 3rd when he proffered up Don’t Mind If I Do for public consumption. Apt to be loved by those that find themselves wishing that BR549 would get back together, and have burned many needles out on old dusty Roger Miller records, Don’t Mind If I Do harkens back to a time in country music when it didn’t suck, and hadn’t even started to.

Luke Bell is all peeling paint, and plaid jackets that smell like old men. He won’t wow you with his originality, but his authentic interpretation of classic country sounds and modes is uncanny. This is one of those albums that right after you push play, you find yourself saying, “Yes, this is what I’m talking about.” And despite it all being steeped in the classic country sounds, there’s lots of variety on Don’t Mind If I Do, and just enough of a unique interpretation of the style to not feel tired or done before. “The Glory & The Grace” would made Roger Miller or those old overlords of country trucker songs smile. “Working Man’s Dream” is a darn elbow-swinging hoedown, while “The Great Pretender” has just as much Fats Domino in it as it does Ferlin Husky.

One of the unique and landmark colors of Don’t Mind If I Do is the piano that pops up on many of these songs; such a lost art in country music, often overlooked for its contributions, and essential in certain places for conveying the true mood of a song’s intended sentiment. Though this is most certainly a country record, there’s just that little tinge of boogie woogie, and even jazz in the Leon Redbone sense on some of these tracks. It comes from that early 60’s period when many of those influences bled together in studios.

I was slightly disappointed in the mastering of this album (if there was any) in the respect that it wasn’t loud enough compared to listening to most anything else side by side, though the recording textures and mixing were darn near perfect for the classic mood Bell was looking to capture. A record like this might also have trouble holding your attention for too long, but will always sound fresh when you get back around to it.

Purchase Don’t Mind If I Do on Bandcamp

Purchase Don’t Mind If I Do on CD