NASH TV Launches, But Is Anyone Paying Attention? 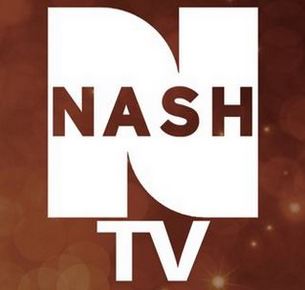 While nobody was paying attention, the Dickey Brothers of Cumulus Media added yet another tentacle to their increasingly tentacle-rich country music venture known as NASH. About this time last year we were yucking it up out about how the media company was proposing to make NASH-branded clothing, restaurants, food, furniture, and even paint. Cumulus is looking to turn NASH into an all-encompassing lifestyle brand that can snag consumers hook, line, and sinker, and carry them from cradle to grave, and breakfast to dinner, immersed in the NASH corporate cultural experience.

So far NASH hasn’t made it to your local Home Depot’s paint department, or your grocer’s freezer, but they have launched a new venture to offer parallel pop country television programming to go along with their network of NASH and NASH Icon radio stations. It is called NASH TV, not to be confused with a fairly popular YouTube fishing program of the same name, or the semi-successful police drama and Don Johnson vehicle from the late 90’s Nash Bridges. NASH TV is an on-demand cable channel where very niche program can be served to people who like a visual equivalent to what they hear on their NASH radio stations most every day.

NASH TV boasts videos and programs from some of NASH radio’s biggest shows, including the syndicated America’s Morning Show out of New York City, and a proxy of Kix Brooks’ weekly American Country Countdown show called Kickin’ It With Kix. Then you can get extremely niche-like with a show called Picks From The Sticks—a poorly produced sports show where B-level country stars expound on the point spreads of upcoming sportsball games, or HickXtreme which looks like it was devised in a high school media tech lab by stoner kids who like to splash in mud pools and emulate Jackass, completely produced by pulling content off of YouTube. This makes CMT’s reality show lineup look like PBS.

Maybe one of the most remarkable things about NASH TV so far is just how little promotion or chatter it has generated for the format. It formally launched on January 26th, apparently, but it’s sort of unclear if anyone is even paying attention, or just how seriously invested Cumulus is in the NASH offshoot.

NASH TV”s creedo is, “Giving 85 million country fans access to the best country lifestyle content across any device at any time. These men & women pledge their allegiance to family, work, friends, nature, fashion and of course, music all based on what it means to be COUNTRY FOR LIFE.”

…in other words, building corporate consumers who can be sold the same branded goods across multiple consumable platforms with no questions asked. Right now there’s a total of twelve NASH TV “shows,” but even though the format appears to have launched in full force, there doesn’t appear to be much real content available beyond some pilot episodes on some of the subchannels.

Cumulus, just like Clear Channel, continues to post quarterly losses amidst massive debt, and the question remains if the entire NASH branding campaign is a serious move to sustain the company, or if it is smoke and mirrors to show investors the Dickey Brothers are trying something simply to save their hides. Certainly they’ve had some recent success with NASH Icon in the Nashville market, but so far, NASH TV looks more like an attempt to make the brand look more broad-based than it actually is, and maybe to test the waters and gauge reception before funding a bigger launch. So far it all seems very undercooked.