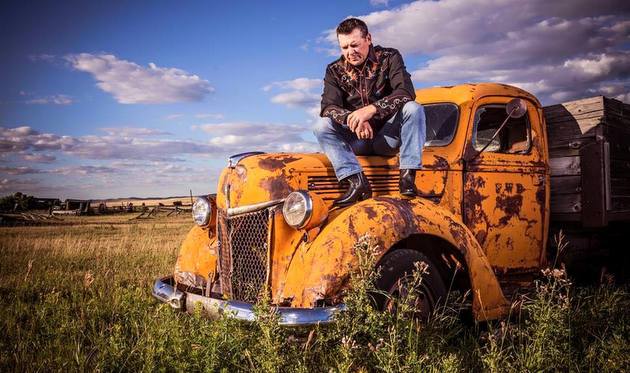 But this is a story somewhat unique.

Some may recognize the name south of the Canadian border, especially if they understand the intricacies of hockey’s offsides and icing rules. But in the great frozen north, he’s considered a national treasure. Theo Fleury, a 1,000-point scorer in the NHL, Stanley Cup winner in 1989 with the Calgary Flames, Gold Medal winner in 2002 representing Canada, and a World Junior Champion, has decided he’s going country. Or according to him, has always been country, and is finally taking the time to sew those oats.

Beyond his specific hockey resume bullet points, Theo Fleury has been an inspiration to many both on and off the ice. At 5’6″, Theo beat all the odds to become a premier player in one of the most bruising sports on the planet, and earned the respect and admiration from his fellow players. In 2009, Fleury published a memoir where he detailed his battles with substance abuse, and how he was the victim of sexual molestation. Theo was given credit for his bravery, and the book went on to become a bestseller. Fleury is also known as a motivational speaker. 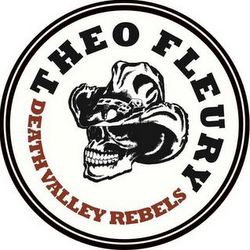 And now he’s a country music artist. Signed with eOne in Canada, he’s readying they release of his debut album I Am Who I Am October 23rd, with the first single, “My Life’s Been a Country Song” available now (listen below).

“I know that when people hear that Theo Fleury made a country album, they’ll go, ‘Well ”¦ OK,’ ” Fleury says in a press release. “And I wouldn’t say I’m the greatest singer in the world, but I’m a real singer. But I have a decent voice. I grew up around music. I’m a Metis person {a person of mixed American Indian and Euro-American ancestry}, and music is really part of our DNA. Some of my fondest memories as a kid were listening to my grandfather play the fiddle. My dad sang and played guitar, my uncle sang and played the guitar. Music was always a huge part of any gathering we had as a family. And it was all country stuff, you know Charley Pride, Buck Owens, Hank Snow, all those old guys. So that became my favorite genre of music. And making music was always in the back of my mind.”

So along with fellow songwriter and musician Phil Deschambault, Theo wrote a record of songs over a two-year span, and formed a backing band known as the Death Valley Rebels. And if you’re worried Fleury may try to hop on the latest country craze to win himself a big pile of cash, that doesn’t sound like his intentions.

“We wanted this to be a real grassroots album ‘Let’s get back to fiddles and steel guitars and accordions and honky-tonk pianos, but put our own stamp on it.’ We’re a bunch of guys who love that old-school country sound. The album is definitely dark. The songs are all about my life, my experience, my struggle. But they’re also about coming through that struggle. At the end of every song, there’s hope. That’s what the lyrics and music reflect: Hope and healing. If people listen to this and there’s a line or a word or a phrase that helps them get out of the situation they’re in or how they’re feeling, that’s really why we’re doing this. The message is that no matter how far we may fall, we can make it back.”

Fleury is not the only professional athlete to try his hand at country music. Terry Bradshaw actually had a fairly successful stint in country, and had a Top 20 hit with Hank’s “I’m So Lonesome I Could Cry” in 1976. Former NFL-er Kyle Turley also released a country record in 2010 called Anger Management.

Reminds me a bit of Charlie Robison.

Buck Owens, Charley Pride, Charlie Robison, Hank Snow, I Am Who I Am, My Life's Been a Country Song, Theo Fleury