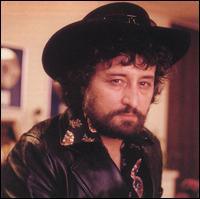 Tompall Glaser, one of country music’s original Outlaws, is dead at 79 after fighting a prolonged illness according to his family. He died at his home in Nashville.

Tompall got his start in country music with his two brothers Chuck and Jim backing up Marty Robbins. They went on to form Tompall & The Glaser Brothers and eventually became members of the Grand Ole Opry. The family band released 10 albums and had 9 charting singles before breaking up in 1975.

But Tompall came to be better known for his work as one of country music’s original Outlaws. As one of Nashville’s first renegade studio owners, he was seminal to the trend of artists winning creative control of their music in the early and mid 1970’s. His “Hillbilly Central” studio became a hangout for artists like Waylon Jennings, Willie Nelson, and many others that eventually would lead country’s Outlaw movement to country music prominence.

Tompall most prominently appeared on the compilation Wanted: The Outlaws that became country music’s first platinum-selling album. His contribution “Put Another Long On The Fire” written by Shel Silverstein became his highest-charting hit. He released 15 solo albums over his long career, but had disappeared lately from the country music scene.