Review – Joseph Huber’s “Bury Me Where I Fall” 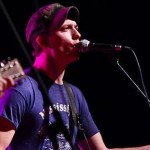 Wow. What a shot out of the dark this album is. I know Joe’s intention might have been to create a simple side project, but he created another “must have” album in a year that has been packed with them.

It might be easy to gloss over just how good of a songwriter Joseph Huber is from his work with the .357 String Band. The break neck nature of their music tends to make your brain focus on the energy instead of the enigmatic lyricism and above average song structuring. But slow the songs down and you can see it, and that is exactly what Joe has done with Bury Me When I Fall.

The 1st solo album from .357 String Band’s Joseph Huber reveals a new side; a brooding, & introspective side in the spirit of Townes Van Zandt or Leonard Cohen. Weary & burdened, yet also joyfully defiant. Each song offers a new sound & way of seeing.

The blurb however sets some lofty challenges. There may be no hotter, and more revered songwriter in all of music right now than the deceased-for-over-a-decade Townes Van Zandt. What some of the bandwagoner Townes fans don’t understand is that in his short life, Townes was a rather obscure, and commercially unsuccessful artist, and when they put him in the studio and tried to produce him, they came away with very mixed reviews, including from Townes himself. Now Townes studio sound has taken on a life of its own.

Huber does a superb job learning from those Townes albums without aping them; using the stripped down style to not distract from the soul of a song, adding a lonesome tambourine for rhythm, and shading everything in a sepia, solemn shade that doesn’t make you hear the song, but feel it. 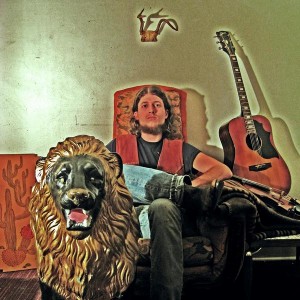 As slow and sad as these songs are, this album isn’t a downer to listen to, and doesn’t solely rely on its artistic nature for appeal. It may take a few listens for your music brain to settle into the right gear, but after that, there are some songs that are highly addictive.

“Bury Me Where I Fall” let’s you know right off the bat what you’re dealing with here: slow, soul-stirring almost dirge-like compositions that rip at your chest. “Bell On A Rope” might be the best song on the album. All this Townes talk aside, this song reminds me of old school Neil Young with the harmonica, or even Old Crow Medicine Show before their more “mature” approach. At first I was worried this song was too long. After a few listens, you can’t get enough of the turn from bright to dark chords and the heart wrenching theme delivered in a hard-to-define song structure, compelling you to re-rack the song over an over.

“Slow Death March” takes the solemnness to another level, slowing and stripping down the music even more, as does “Death Cruel Shadow, Be My Shade.” The way the rhythm leaves the room when Joe begins to sing really tugs at your emotions as much as music can. The song also reveals Huber’s excellent hand with the guitar, while his love for fiddle bleeds gently in the background.

And if you’re going to throw around names like Townes and Leonard Cohen, you better bring some serious lyricism. Most of these songs rely more on mood than words, but “Can’t You See A Flood’s A-Comin'” is as good of a song lyrically as any, by anyone.

In an interview on Outlaw Radio Chicago Episode 120, Joe talked about how he’s wanted to put this album out for a few years, but never got it to sound right until he bought some recording equipment himself and set up a studio in a closet. He played every note on this album. Refined ears will appreciate the homespun sound that was the result, and overlook a few production flubs, or even find them endearing.

I wasn’t able to get into the song “Better Than Before,” and “Downtime” is good, but seemed slightly out of place. Maybe it would be a better fit as a change of pace with .357. But I really like the fact there’s only 9 songs here. Not really any fat to trim on this record, and part of its appeal is it draws such contrast to what Joe does with .357 String Band. Usually I’m for more music than less, but drawing it out to 12 songs or so would make it lose it’s biting edge caused by the change in pace and style. And despite it’s dark nature, it is fairly accessible. Singer/songwriter lovers will find appeal in the approach and instrumentation, but it’s dark enough to appeal to the punk/metal people, and even the Gothic crowd.

Bury Me Where I Fall challenges the ear, it’s smart without being pretentious, and sets Joe up as so much more than just a superpicking banjo player. It was Joe’s blazing banjo first. The it was Joe’s songwriting on Saving Country Music’s 2008 Album of the Year, Fire & Hail. Then it was his unexpected fiddlework on .357’s last album Lightning From The North. And now this. With each new project, Joseph Huber continues to reveal himself as a multi-tool talent, a studious worker, and worthy of top tier recognition as a musician AND a songwriter within the underground roots movement.

You can purchase and preview tracks for Bury Me Where I Fall on Amazon.

Physical copies are also available by paypal-ing $12.00 to josephhubermusic at gmail. com. You can also purchase on CD Baby.