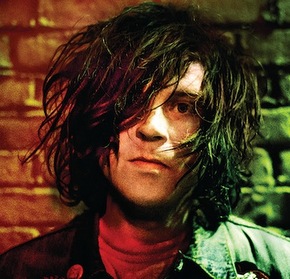 What a bunch of ironic hipster garbage.

So apparently Ryan Adams is in the process of recording a complete cover album of Taylor Swift’s recent record 1989 done in the style of the Morissey-fronted British rock band The Smiths. At least that is what he’s alluding to through his Twitter and Instagram accounts, which were dominated with Swift postings Thursday (8-6) as the press and curious fans spectated along.

Adams began posting lyric sheets, Swift quips, and eventually an audio sampling of his cover version of Swift’s “Welcome To New York,” guaranteeing it was the “saddest version ever” on Thursday. Soon Swift herself was clued into Ryan’s doings and first said, “I will pass out” at the possibility of Ryan Adams making a cover album of 1989, and later said, “I’m not gonna be able to sleep tonight or ever again, and I’m going to celebrate today every year as a holiday.”

Adams kept going late into Thursday night, posting a clip of a waltz version of Swift’s song “Out of the Woods.” Feel free to peruse Ryan Adams’ social network properties for more info and updates because frankly, I don’t have the life force to include any more info here.

Look, I don’t want to be the guy to come into this social network party and throw a wet towel on all this whole “shag-your-hair-in-your-eyes-and-act-likey-you’re-cooler-than-everyone-else Ryan Adams at 40 schtick, but this entire episode is stupid and ridiculous. Yes, I know if we read too much into this the joke is on us. But I really can’t think of a worse idea.

Taylor Swift’s 1989 is a bullshit album full of bullshit songs, and having a top-level independent music personality shine a big ol’ spotlight on it seems like a dereliction of duty. Furthermore, if this album actually sees the light of day and is offered for consumer purchase, basically Ryan Adams is opening up one of those air tubes you see at the bank drive-thru where royalty payments can be funneled directly from well-meaning independent fans to assholes like Max Martin and Shellback—the two producers who co-opted and corrupted Taylor Swift similar to how they have done with popular music from across the globe. If there is a true enemy of everything decent and right in American music, it’s these two Swedish pricks.

I know it wouldn’t be nearly as fun for Ryan Adams, and he wouldn’t receive nearly as much media attention, but why not do a cover album for an artist that the world does not know about? Or hell, why not go back and cover Taylor Swift’s Speak Now, where she actually wrote all of her own songs, by herself, and produced it without the help of outside hit-making money grubbers? The answer is that wouldn’t result in what Ryan Adams is aiming for: attention.

And sorry Ms. Swift, but as much as you and others may want to think this is the ultimate sign of flattery for your music, across the globe there’s half a million hipsters laughing at you. This is camp. This is an inside joke gone too far. And don’t give me any crap about “if this is what Ryan Adams want to do . . .” Screw that. I know Ryan has a history of leading his fan base down terrible dead ends because he got an itch and a whim, but this veers too far into attention whoring to be considered a misunderstood, but otherwise brilliant creative pursuit. He wouldn’t be posting crap on Instagram and bouncing back and forth with Swift on Twitter otherwise.

Everywhere we turn in music these days, the landscape is being junked up with boutique projects and unnecessary releases that are clogging the perspective of consumers and burying the content worthy of attention under a crush of material. Independent music from indie rock to bluegrass is beset with this bad notion that doing ironic covers is somehow worthy entertainment—bolstered by bored musicians short on ideas and inspiration. Have more respect for music. Have more respect for yourselves. Leave the comedic content to Weird Al and others much more qualified.

I love Ryan Adams, and his insurgent and rebellious spirit was one of the direct influences on Saving Country Music (despite recently saying ‘I do not like fucking country music‘). But this is the exact type of crud we do not need junking up an already cluttered and polluted music world.