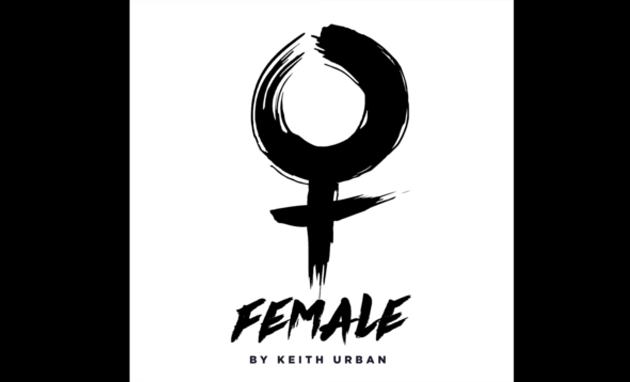 In a time in history when American life seems to be constantly see sawing from one calamity to another, it’s a difficult line celebrity entertainers and musicians are tasked to walk between expressing sympathy for situations, yet not appearing to be opportunistic and trying to piggy back off of current events to help push their brand or public standing. For whatever reason, celebrities are almost obligated to address a tragedy, yet the automation of it sometimes feels almost as cold as saying or doing nothing, or somehow attempting to point the spotlight of a tragedy onto yourself, even if the short term aim is to raise awareness or money for charity.

Keith Urban decided in the aftermath of the revelations about Hollywood producer and financier Harvey Weinstein’s decades of alleged sexual assault to release a single called “Female,” which he recently debuted live at the 2017 CMA Awards. Though the message, and maybe the intent behind the effort is honorable, “Female” is just flat wrong on so many levels.

“Female” is like the Scott Baio After School Special version of an empowerment anthem, cast in strict adult contemporary tones, proffered as country pop. Though it tries its hand at social balladry, “Female” is burdened by the lack of story, and the incessant listing of things that when boiled down, was the same inherent flaw that made Bro-Country so nauseating and unfulfilling in its era. This shouldn’t surprise anyone after seeing the cadre of songwriters—Shane McAnally and Ross Copperman, which are like a dream team of terrible modern country producer/songwriter personalities, and Nicolle Galyon. This isn’t an inspired effort captured on tape, it’s just the latest machination of the industry.

Instead of mainstream country parading Keith Urban out there to sing about the empowerment of “females,” how about the industry actually empower and activate some of its female artists who’ve been summarily pushed aside, and give them an equal opportunity to earn radio time and other things they seem to be systematically excluded from? I don’t need Keith Urban out there with his mawkish ode to tell me how hard it is to be a woman, I need more women out there within earshot singing from their own perspectives, especially when they pretty regularly are more intelligent and uplifting than what their male counterparts are offering.

And besides, anyone boned up on the accepted nomenclature among the empowerment movement should at least be aware that the term “female” itself can be demeaning when employed in certain circumstances, like I don’t know, an opportunistic and ill-advised song from a super rich 50-something Australian man who seems to think he’s somehow experienced enough to speak with authority on the plight of the modern marginalized woman.

I get it, Urban is married to a Hollywood celebrity that may have interfaced with this Weinstein business directly and he’s the father of girls, and it’s not that men should be disqualified from singing about how hard it is to be a woman in total. Perhaps it should even be encouraged, but only if it really touches at the heart of the matter. Go listen to Bill Monroe’s “True Life Blues.” That’s the song “Female” tries to be, but utterly fails at.

I don’t want to dog the intent here, because it’s good that artists want to express their feeling about the news stories roiling the consciousness these days, and it’s their place to try and put those emotions to music. It’s just the execution here was all wrong. Keith Urban should stick to singing to females, instead of trying to sing about them.