I’m not sure how I came to this point in my writing career, but if I don’t post a review of a new Taylor Swift single post-haste, a clamor arises. Maybe it is because whether I am giving her credit for the death of country music or proclaiming she’s the last bastion of real music in popular culture, Taylor Swift is accountable for my most inspired writing. I’m still not sure how I feel about that.

Since we last spoke about Swift, it’s been a little tough on the country princess. “We Are Never Ever Getting Back Together”, though breaking records in the Top 40 world, was received with quite a few jeers in country by critics and fans alike wondering if Swift will ever mature and why it seems every one of her songs is about a breakup. Country also may have felt a little slighted by getting the other version of the song, with the primary mix being released to pop. So what better way to remove the bad taste for country fans than to release a new single on the other side of the spectrum, and that’s what we have with “Begin Again”. 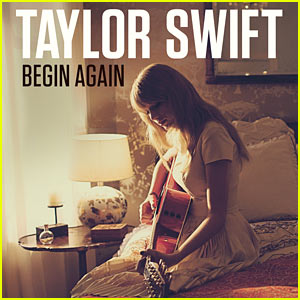 Though on the surface this song is positive and about renewed love, Taylor Swift still gets her characteristic jabs in at old flames: “He didn’t like it when I wore high heels, but I do.” “He always said he didn’t get this song, but I do.” “I think it’s strange that you think I’m funny cause he never did.” But overall, it portrays the seldom seen, other side of Taylor Swift in a sweet little song that works, but probably isn’t a world beater or a mega hit waiting in the weeds.

Many are wanting to tout how country “Begin Again” is. But let’s be honest, it’s only country when compared to Taylor Swift’s other works. On that sliding scale yes, with some steel guitar and mandolin (though fairly down in the mix and dilluted with strings) this is the Johnny Paycheck of Taylor Swift’s lexicon. But in the grand scheme of things, it is still solidly pop country.

What I found more intriguing was the way the verses seemed to melt into the chorus instead of a big, obvious transition which is the norm these days in most popular music. In the same respect, this smooth transition also gives the song a bit of a soft, placid feel that doesn’t overtly grab you, though after multiple listens, I found myself being engaged and falling however slightly for the mood and message Swift was wanting to convey. The pentameter of the lyrical hook “On a Wednesday, in a cafe” is fairly fetching I guess.

I don’t know that I like getting these new Taylor Swift songs piecemealed out to me. I’m ready for her new album Red to be released so I can have the full run of the experience. I also don’t know that I like that others songwriters were used for these compositions, though apparently “Begin Again” Swift wrote by herself. Whether it was a good or bad idea we shall soon see, but it would be a lot more fun, a lot more revealing to see what Taylor comes up with raw; a true look into her musical soul for better for worse.

At this point what we have is a wash. A good song, a bad song. A pop song, a country song. A happy song, a sad song. And we really don’t have much more intel on what Red will be than what we started with.

As simple and straightforward as it is, there’s nothing wrong with “Begin Again”. There’s also nothing special. I reserve the right to re-judge this song in the context of the album. But for now I give it…