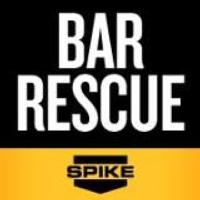 **NOTE: This story has been updated. See updates at bottom.

After telling viewers earlier in the day that they would not air a controversial episode of the reality show “Bar Rescue” that featured both the bar where country artist Wayne Mills was shot and killed early Saturday morning, as well as the bar owner Chris Ferrell who shot Mills, Spike TV showed the episode in a later time slot Sunday night.

Earlier on Sunday, Spike TV spokeswoman Shana Tepper told The Tennessean that the network had decided to pull the episode and show a rerun, which they did in the traditional “Bar Rescue” time slot. But in the midnight to 1 AM Central time slot, Spike TV aired the controversial new episode anyway.

44 year-year-old Jerald Wayne Mills was at the Pit and Barrel early Saturday morning (11-23) when apparently an altercation erupted with the owner, Chris Michael Ferrell, after Wayne was smoking in a non-smoking area. Everyone else in the bar went outside, and later witnesses heard gunshots fired and called police. Ferrell told police he acted in self-defense.The bar owner has a valid handgun carry permit. Chris Ferrell and Wayne Mills were reportedly friends.

“Bar Rescue” with Jon Taffer finds struggling bars and nightclubs, and gives them makeovers to become successful. Friends, fans, and family of Wayne Mills had asked that the episode not be aired out of respect for Wayne, and had circulated phone numbers for the show’s producers, and even started an online petition in an attempt to stop the airing. The episode shows Chris Ferrell acting aggressively, and he’s told to remove his guns from the bar.

The airing appears to be yet another mistake in the aftermath of the shooting that has seen many of them. Wayne Mills was initially misidentified as another songwriter, and it wasn’t until hours into the investigation that the mistake was caught.

On Sunday night Fox 17 in Nashville aired an in-depth report about the shooting that included footage and interviews from a gathering of Wayne Mills friends. In the report, a picture surfaced that shows Wayne Mills and Chris Ferrell in the same photograph, with Ferrell casually showing a gun. Chris Ferrell is 3rd from the left with the gun, and Wayne Mills is peering over the crowd in the near right of the photo.

In our last minute effort over the weekend to pull the “Bar Rescue” episode featuring the Pit and Barrel, we regretfully did not remove a late-night telecast of the episode. We apologize to all those affected by the terrible tragedy over the weekend and to Jon Taffer, the production team, and our advertisers for our unfortunate human error.

UPDATE (11-26-13 4:30 PM CST): According to musician Pete Berwick who has been at the forefront of trying to resolve the airing of the “Bar Rescue” episode, Spike TV has committed to making a donation to the family of Wayne Mills. “…it is time to move on, and past this, as we can now focus on the greatness and the artistry and the amazing legacy of the man Wayne Mills,” said Berwick on his Facebook page.