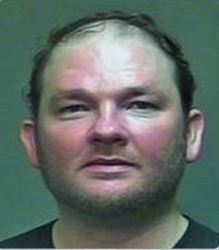 Texas country artist Stoney LaRue was arrested for domestic abuse in Oklahoma City early Monday (7-20) after police received a 911 call from Stoney’s girlfriend. Stoney was arrested without incident, booked into the Oklahoma County Jail and was later released on bond.

“Yesterday morning (7-20), it was at about roughly 7:00-7:30, we got the initial call, and a female was contacting us saying that he [Stoney LaRue] had pushed her down the stairs,” Sergeant Jennifer Wardlow of the Oklahoma City Police Department tells Saving Country Music. “Apparently what had happened, he, meaning Stoney, had gone out to have some drinks with another female, and the girlfriend I guess decided she didn’t want to go, and so she went out with this other girl. They came home very early, I think they said it was about 4:00 in the morning, were intoxicated, creating kind of a commotion, so she [the girlfriend] decided to go out and sleep in the car because she had to get up the next day and she wanted to be able to get some rest.”

When the girlfriend woke up early the next morning is when the incident occurred.

“She goes out to the car to sleep, gets up shortly before 7:00 a.m. yesterday morning (7-20), needs to get around, get ready, and the commotion of her getting ready disturbed him because he wanted to sleep,” says Sargent Wardlow. “So he grabbed her curling iron and threw it down the stairs, grabbed her makeup bag and threw it down the stairs. According to the report, when she was bending down to pick those items up, he pushed her, and she kind of went head over feet down the stairs. So officers took him into custody without any problem, [and] arrested him. The other female that was there as well was apparently hindering our officers. They were trying to take photos of the victim’s injuries. It’s not real clear on what she was doing, but was somehow interfering so she ended up going to jail as well.”

Though the Oklahoma City Police Department does not release the names of domestic abuse victims, Stoney’s girlfriend Amanda Winsworth posted on Twitter Tuesday morning, “The happenings of this incident have been blown out of proportion by the media. I was never struck by my boyfriend. Please respect our privacy while we fix this matter.”

Saving Country Music reached out to the management of Stoney LaRue, but they had not returned messages by the time of this post. As further information on this incident comes available, this story will be updated.

Stoney LaRue is a well-known artist in the Texas Country / Red Dirt scene. He was born in Taft, Texas and grew up in Southeastern Oklahoma. He released his latest record Aviator in 2014, and sand harmonies on Miranda Lambert’s song “All Kinds of Kinds.”

The happenings of this incident have been blown out of proportion by the media. I was never struck by my boyfriend @stoneylarue.

Stoney LaRue has made an official statement regarding the domestic abuse charges:

I want to apologize to my family, my friends and my fans for the recent circumstances that have come to light. I am going to take some time to work on myself. I will be entering an intensive and extensive program, and I appreciate your thoughts and good wishes for me during this trying time. Please check my website and Facebook page for updates on my upcoming tour dates, but most importantly, I appreciate your support during this time.