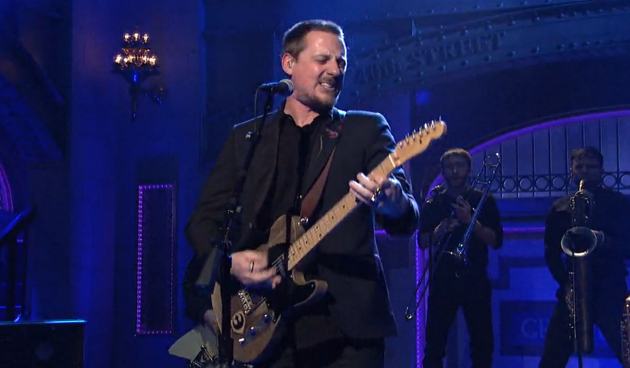 When it was announced that independent country artist Sturgill Simpson had signed to Atlantic Records in early 2015, it was seen as a big victory for the effort to have more attention flow to worthy independent-minded country artists, while still allowing for them to retain creative control of their music. It was this relationship with Atlantic that saw Sturgill release his 2016 record A Sailor’s Guide to Earth, and ultimately put the muscle behind it to win Best Country Album and be considered for Album of the Year at the 2017 Grammy Awards. Atlantic gave Sturgill the strength of a major label, but the latitude of an independently-signed star since it wasn’t part of a conventional country-style Music Row imprint.

Now Sturgill Simpson is no longer a Atlantic Records signee. Instead, and by no choice of his own, he is now part of a new Elektra Records Group directly under the control of Warner Bros. Records. The same goes for all the artists signed to producer Dave Cobb’s Low Country Sound imprint—including Brent Cobb, Brandi Carlile, and Anderson East. Zac Brown Band is also part of the new label, as well as a bevy of acts from other genres such as Paramore, who is the primary act on the independently-minded Fueled By Ramen, and artists on other independent-minded imprints Roadrunner and Black Cement Records, like Twenty One Pilots, and Panic! at the Disco.

Whether there’s any need for panic among fans and artists who are part of the new reshuffle remains to be seen, but it is certainly something to keep an eye on. Often these label reshuffles are enacted with the best of intentions, and the devil is ultimately is in the details as certain artists get shifted into consideration to be dropped, while others find themselves starved for resources and competing with other acts. Still others might thrive in the new environment as the dedicated resources of a major label imprint is exactly what they need to succeed. We’ll just have to see come October 1st when the new label officially takes effect.

As is always the case with these reshuffles, everyone is saying the right things ahead of the Elektra Records launch. The label will be run by co-presidents Mike Easterlin and Gregg Nadel. Mike Easterlin has been president of FBR and Roadrunner Records since January of 2016. Gregg Nadel as been President of Elektra Records since January of 2017, and served as the label’s General Manager since 2015 when it was a smaller subset of Warner.

“Elektra Music Group will be 100% dedicated to developing the careers of authentic artists and helping them realize their visions,” said Easterlin and Nadel in a statement. “The company will embody the same independent spirit that is at the root of each of our core labels. Elektra, Fueled By Ramen, Roadrunner, Low Country Sound, and Black Cement were all founded by entrepreneurs who did it for the love of the music and a belief in their artists, and that philosophy will remain the driving force behind everything we do. We’re going to have an extraordinary roster, backed by the most ambitious, innovative team in the business. To have the opportunity to run our own stand-alone company is a dream come true, and we want to thank Julie and Craig for having such great faith in us. We can’t wait to get started.”

The new Elektra Music Group will include a 60-plus member team that will handle all key music company functions, including A&R, Artist Development, Business & Legal Affairs, International, Marketing, Promotion, Publicity, Sales & Streaming, and Video. The departments will be led and staffed by current members of the Atlantic, Elektra, FBR, and Roadrunner teams, as well as new hires the company is currently making.

“Our whole approach is to create environments that give artists and entrepreneurs the freedom and support to pioneer the future of music,” said Max Lousada, CEO, Recorded Music, Warner Music Group. “From the outset, Elektra Music Group will be a dynamic community of credible artists and distinctive label cultures. Gregg and Mike are a dream leadership team, able to combine adventurous A&R, bespoke artist development, and full-force global marketing. It feels great to be bringing back the iconic Elektra brand as a major, stand-alone company for the first time in 15 years.”

What the implications for your little music world from all of this remain to be seen. But as artists get new records ready to release, the impact of the new Elektra Music Group will certainly be felt in one capacity or another. With Sturgill Simpson now over 2 years removed from his last release, he may be one of the first to test just how effective the relaunch of Elektra Records as a standalone label will be.