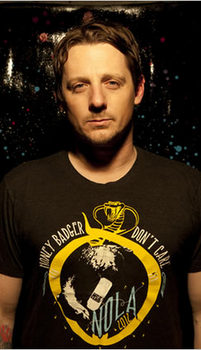 Sturgill Simpson’s cover song of When In Rome’s 1987 hit “The Promise” was featured on Sunday night’s (11-29) episode of HBO’s critically-acclaimed new series The Leftovers. Based on a novel written by Tom Perrotta, The Leftovers is set three years after a worldwide event called the “Sudden Departure” causes 140 million people on earth to disappear. In the aftermath, traditional religion begins to break down, and cults emerge. The show is in its second season, and is set in the fictional town of Jarden, TX.

In the 19th episode of the series called “Ten Thirteen,” actress Liv Tyler playing Megan Abbott walks into a Texas honky tonk, and is seen slow dancing with Tommy Garvey, played by Chris Zylka. As they exchange dialogue, Simpson’s “The Promise” is the song they’re swaying to. Interestingly, Liv Tyler is the daughter of Aerosmith frontman Steven Tyler, who’s taken is own dalliance into “country” (cough) music lately.

Fans of Sturgill Simpson who recognized the song quickly took to social media (and smattered Saving Country Music with emails) showing their excitement for the opportunity to hear Sturgill on a national TV stage. This certainly isn’t the first time a non-mainstream country or roots artist has been featured on a cable show. Sons of Anarchy, Breaking Bad, and others regularly selected worthy songs from lesser-known artists in lieu of more popular songs for their soundtracks.

Many of the creators and producers of these involved and more distinguished television series are fans of these lesser-known artists, and look for opportunities to plant Easter eggs for independent listeners. As non-mainstream music continues to increase in market share, such occurrences are happening more frequently on cable shows and elsewhere. On November 8th during a Sunday Night Football game on NBC, the Turnpike Troubadours song “7 & 7” played briefly.