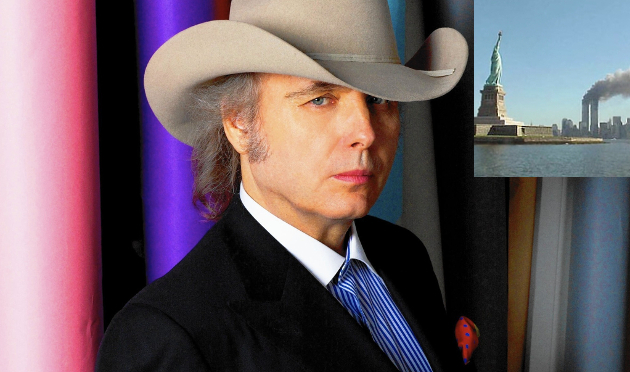 It was the height of Dwight Yoakam’s commercial career. With legendary albums such as Guitars, Cadillacs, Etc. Etc. and Buenas Noches from a Lonely Room already under his belt, he released the record This Time in 1993, which would include three of some of the most definable songs of Dwight Yoakam’s career: “Fast As You,” “A Thousand Miles From Nowhere,” and “Ain’t That Lonely Yet.”

Looking for someone to direct videos for these singles—all of which would end up rising to #2 on Billboard’s Country Albums chart—Dwight Yoakam turned to a director and producer named Carolyn Beug who lived in Santa Monica, CA near Yoakam’s own homestead. Carolyn was a hot hand in video work at the time having just won an MTV Music Video award for her work on Van Halen’s “Right Now.”

Carolyn Beug co-directed the first two videos with Yoakam—the “Thousand Miles” video that featured Yoakam walking through the California desert and riding on a freight train, and “Ain’t That Lonely Yet” set in an abandoned industrial park. Carolyn Beug directed the third video for “Fast As You” herself, featuring footage from a live concert.

Beug’s contributions to Dwight Yoakam’s career were brief, but important to codifying his place in country, while giving Dwight his first success beyond country music with his hit “Fast As You.”

Carolyn Beug wouldn’t be in the video business for long afterwards though. She eventually left the music industry entirely in 1998 to write a children’s book, and to spend more time with her kids—twin girls Lauren and Lindsey, and her son Nicholas.

In Santa Monica, Carolyn began to be known as “Mama Bunny” for her work with the local track team. Carolyn raised money for the team’s uniforms, led cheers at tracks meets from the bleachers, and threw functions at her Santa Monica home. “She always called the kids on the team ‘my little bunnies’,” recalls Carolyn’s husband, John Beug, who was big in the music business himself as a producer, and as the President of Rhino Records.

In 2001, Carolyn Beug finally finished editing the children’s book she has quit the music business to start. It was the story of Noah’s Ark told from the perspective of Noah’s wife. Beug was a practicing Latter Day Saint. Excited about the prospects of her book, she took some time off and flew out to the east coast to settle her two now 18-year-old daughters at the Rhode Island School of Design where they had decided to attend.

On September 11th, 2001, she boarded American Airlines Flight 11 in Boston to make her long trek back to California. Shortly after takeoff, the plane was hijacked by five Al-Qaeda members who flew the plane into the north tower of the World Trade Center in New York, killing all 92 people on board.

“On that particular day for no reason that I can explain, I woke up about the time the second plane had hit the towers and turned the television on,” says husband John Beug. “It’s one of those things you can’t really explain how you experience, but you know, within the first five minutes I knew that she was on the plane.”

After hearing about the death of Carolyn Beug, Dwight Yoakam said in a statement,

“In remembrance and expression of my enormous shared sorrow for all those who lost their lives, loved ones, family, or friends in the national tragedy on September 11th, I offer my heartfelt prayers, and everlasting compassion. In memory of Carolyn Mayer Beug–with the deepest sense of loss for the friendship of a former colleague and profound grief and sympathy for her children, Lauren, Lindsey, Nickey, and her husband, John. You will remain in my heart and mind at every performance of the work we shared together.”

Though Carolyn’s impact on country music was brief, her story exemplifies how every soul lost on 9/11 was an important one, and how the tragedy left not one segment of American life untouched. It’s the type of loss that leaves you alone and longing, like the lonesome melody of a country song.

Carolyn Beug is memorialized at the North Pool on Panel N-1 of the 9/11 Memorial.