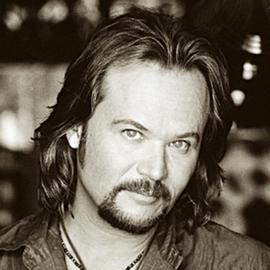 Many already regarded the Travis Tritt song “Country Ain’t Country” from his 2002 album Strong Enough as a slightly-veiled protest song preaching against the changes in the country genre, even though the actual lines of the song deal much more with wider reaching cultural and geographical issues. But apparently there’s an original verse that doesn’t appear in the recorded version that overtly criticized CMT (Country Music Television), that Tritt has been using in the tune during the last few years on tour.

Written by Teresa Boaz, Carson Chamberlain, and Casey Beathard, “Country Ain’t Country” became the second single from Strong Enough and did decent in the charts, ending up at #26 on Billboard. But Columbia Nashville may have never allowed it to see the light of day if the controversial verse Tritt’s been using lately had been included. “You turn CMT on, and you wonder what for. Country ain’t country no more,” it chides.

For a while now, Tritt has been touring as a one man band, taking the stage with just a stool and a guitar, telling stories and showing off his under-appreciated guitar skills. When he took the stage Saturday night, January 10th in Greensboro, NC at the sold out Carolina Theater, the dig at CMT was well-received by the audience.

What’s interesting about the omitted line is that according to Tritt, it isn’t something new. It was part of the original composition and was cut out for political correctness. That means even in 2002, the line “You turn CMT on, and you wonder what for,” some dozen years before CMT and its parent company Viacom would turn the network into nothing more than yet another reality show channel perpetuating negative stereotypes of the previous demographic it used to serve, the sentiment of the censored line still resonated with the writers. Even more interesting is that Tritt actually performed the song on CMT near its release.

The line that replaced the CMT line in the studio recording is “There’s no turning back, and you just can’t ignore,” but Saving Country Music also dredged up another version of the line used in the late oughts by Tritt before the CMT line where he says, “He turns his radio on, sometimes he wonders what for…” so maybe the CMT line is more recent, and the original line was about radio. Either way, people who thought Tritt was making a deeper statement about the state of country music when the song first came out were apparently right.

Travis Tritt has been flashing a penchant for speaking out about the state of country lately. In June of 2014 he went on a Twitter rant against Brantley Gilbert after he felt the young star disrespected him as an opener.  And in January of 2014, he told Peter Cooper of The Tennessean, “I’d say to any of the new people coming out, ‘Find the courage to step out and try it your way.’ Otherwise, what we get is a cookie-cutter mentality that isn’t good for artists who are having to portray themselves as something they aren’t, or that are capable of doing so much more but are being stifled.”

Something tells me we won’t see the revised version of “Country Ain’t Country” on CMT’s Top 20 countdown anytime soon. If you can fight through the poor audio, you can hear the new verse in this video. Otherwise, the original version is below.