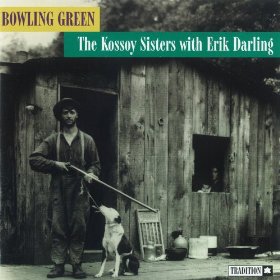 When it comes to primitive American recordings of country music, it is Ralph Peer and his Bristol Sessions from 1927 capturing Jimmie Rodgers, The Carter Family, and others in their most primitive state that defines the sound of what country music was before commercial concerns corrupted the purity of the expressions of America’s rural people. Even today, the simplicity and innocence embodied on those recordings sets the standard for neo-traditional country, bluegrass, old time, Americana, and folks artists looking to recapture the raw emotion and untouched virtue inherent in early 20th Century rural America.

Though they may try, modern artists will always fail to some degree to rekindle that primitive magic. Even if they get close to the sound and the sentiment, it’s only from interpretation, not from authenticity. Modern society has long since laid its indelible, spoiling touch on all of us, and that is what makes the appeal for early recordings so priceless and incomparable.

However there’s one record, newer than the Bristol Sessions, but still a vintage recording, that captures the pureness of American country music in its primitive state that has never properly received its due as a heavy influence on the modern ear and country modes. 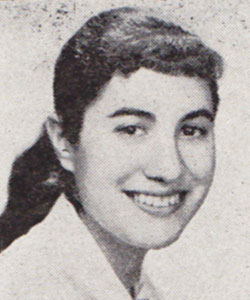 Unlike Jimmie Rodgers and The Carter Family who were plucked right out of the American countryside and plopped in front of a field recorder, The Kossoy Sisters come from New York City; born some 11 years after the Bristol Sessions. The identical twins started singing together at the age of six, taking their cues from their mother and aunt who sung in close harmonies to old-time and Appalachian tunes around the house. The sisters attended a summer camp at the age of fifteen where folk legend Pete Seeger performed, and suddenly found themselves engrossed in the burgeoning folk scene in New York’s Greenwich Village in the 1950’s.

By the time they were seventeen, it was 1956 and sisters Irene and Ellen were recording their first, and only album from the period called Bowling Green. Helping them along was songwriter and musician Erik Darling, best known for replacing Pete Seeger in The Weavers in 1958. Irene sang lead mezzo soprano and played guitar, while Ellen supplied soprano harmony parts and played banjo. 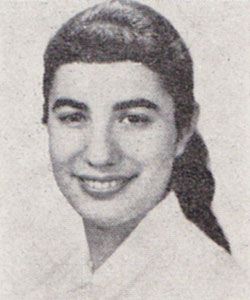 Though The Kossoy Sisters were surrounded by the folk revival, much of the inspiration and compositions for their music originated farther south in the Southern Appalachians. Their focus was gospel and primitive country murder ballads. Most importantly, that innocence and purity that the world had scarcely heard since those original Ralph Peer Bristol Sessions was present in their music. The close harmonies the sisters employed also set a more Southern tone, indicative more of The Louvin Brothers than other folk performers of the time.

The Kossoy Sisters as identical twins were unmatched in how effortlessly they could sync pitch, anticipate changes, and craft harmony lines with each other. But this isn’t the only thing that makes Bowling Green a treasure of the American musical lexicon. The dark pall that lingers over their music from the Gothic, sometimes disturbing themes—many that refer to death and murder with striking honesty and vibrant recollection—matched with The Kossoy Sister’s dry, innocent, 17-year-old voices, make such a contrast that even when they sing an uplifting spiritual like “I’ll Fly Away” it seems to refer more to poor desperation, hunger, and the chronic fear and wonder that pervaded the early American experience. The paired voices of The Kossoy Sisters don’t sound like they originate from the material world, but from a memory captured in a faded, black-and-white photo enclosed in a tarnished locket clasped tightly in the hand of a dying 1800’s Appalachian settler.

After Bowling Green, The Kossoy Sisters never made another record until 2002, and why would they? They had struck perfection with their first one, and as they grew older and got swept up in the 50’s folk revival—playing at the prestigious Newport Folk Festival in 1959 along with other noteworthy festivals and venues—it could be argued they would never be able to capture that raw, untouched, and innocent sound again. And similar to many of their Ralph Peer-discovered predecessors, The Kossoy Sisters really weren’t interested in fame. They were two young women that sang for love and life, and nothing more.

The Bowling Green album received some renewed attention when the Kassoy Sisters’ version of “I’ll Fly Away” found its way onto the O Brother, Where Art Thou soundtrack in 2000, but that song just scratches the surface of what The Kassoy Sisters and Bowling Green have to offer. It was one of the very first American country records that set out to capture the magic of a by-gone era, and was one of the only ones to truly succeed.